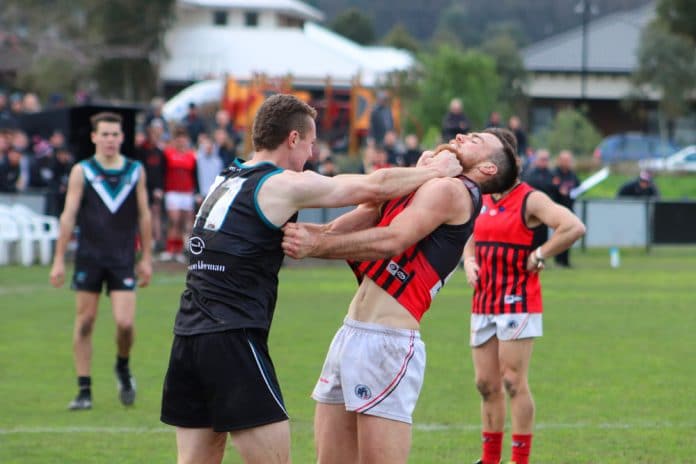 Laurimar’s undefeated streak is over after the Power suffered a 36-point loss to second-placed Panton Hill in a possible grand final preview at home on Saturday.

The Power are still in the box seat for the Northern Football Netball League division three minor premiership, a game clear on top of the ladder, but are in a more precarious position with two rounds left.

Panton Hill was able to take a slight advantage into quarter time thanks to three behinds as the two sides kicked five goals each in the opening term.

The Redbacks opened up the lead to 12 points in the second term, kicking five goals to three.

Scoring bogged down in the third term as pressure around the football increased.

The Power were able to add just one goal to their tally while Panton Hill kicked two to lead by 20 points at three-quarter time.

Sensing the opportunity to capitalise on a vulnerable Laurimar outfit, Panton Hill pushed hard and kicked six goals to three in the final term to put the surprise result beyond doubt.

Laurimar will look to bounce back against rival Mernda this week before closing the season at home against South Morang.

Riddells League results: Romsey too much muscle for Lancefield rivals