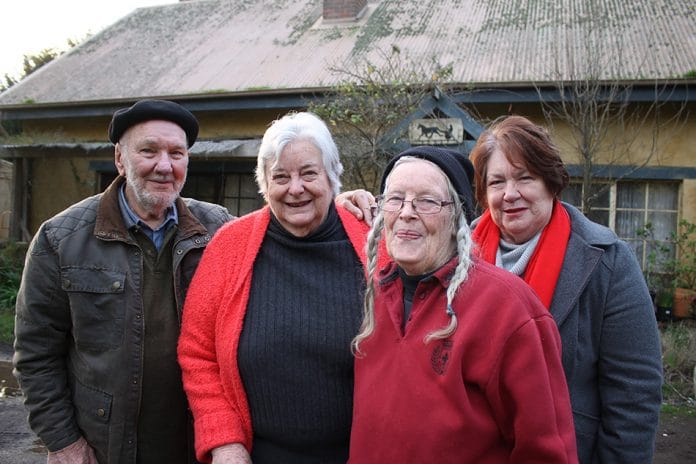 The association is concerned Kilmore is losing its historic buildings after a reduction in heritage protected buildings in Sydney Street.President Vyvienne Whitehurst said the group doesn’t want Kilmore to end up looking like other towns and suburbs on the fringes of Melbourne.

“If you go to Whittlesea or Craigieburn or Melton, it’s all the same type of development. We don’t want to look like that,” she said.

The association has been active since 2013 after the amalgamation of seven different community groups including Save Monument Hill, West is Best, Kilmore Integrity Kept, Kilmore Mechanics Institute and Free Library and the Kilmore Miniature Railway.

It has grand ideas for the future development of Kilmore and has a packed to-do list of issues to address, including the lack of street parking, the Kilmore Bypass, extending bus services to the hospital and shops.

The association has been successful in protecting Monument Hill through the installation of bollards to stop four-wheel-drives entering the park and protect native flora and fauna.

“We got a grant and went around and recorded all the plants and animals up there, found the endangered ones to try and protect them,” Ms Whitehust said.

“We’ve put boxes up in the trees and cages around the orchids and we’re still trying to get a sign up.”

Ms Whitehurst said with Mitchell Shire Council in the process of implementing a Kilmore Structure Plan, it was a great opportunity to guide Kilmore’s development.

“This is our only chance to ensure Kilmore develops as we, the people who live and work here, have to participate with input into what we want, need or would like in the development of our town and its infrastructure,” she said.

“Whinging doesn’t solve anything. Lobbying council with these problems and having meetings with the chief executive, central ward councillors and the council planning department keeps these problems high on the council agenda and eventually something happens.”

The group meets on the second Wednesday of each month at Kilmore Racing Club’s Owners and Trainers Room at 7pm, All welcome.