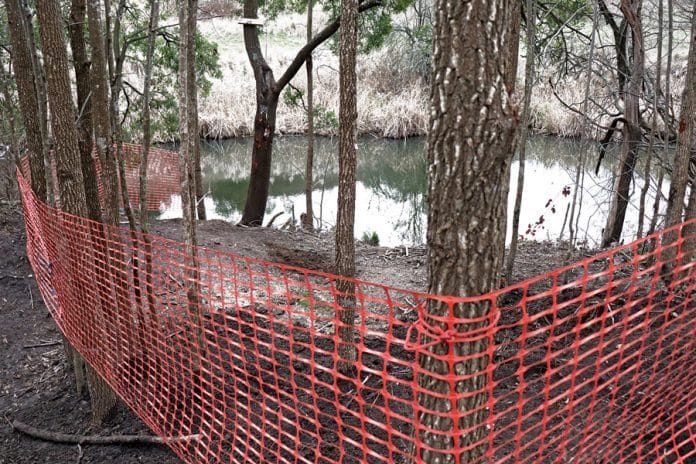 A CUBBY house built by 14-year-old teenagers at Gisborne was cleared by Macedon Ranges Shire council on Friday after council deemed it to be an illegal structure on council land causing erosion to the Jackson Creek riverbank.

Council cleared the structure made of branches from the creek at Dixon Field – and took away the op shop furniture that students had bought for their gathering place.

Council became aware of the cubby house when a few residents complained about the makeshift hut that appeared to be causing erosion and damage to the bushland area.

Story of the council’s plans to demolish the cubby made national news last week.

Council chief executive officer Margot Stork said council had a responsibility to ensure the area was safe and the environment was preserved.

“No-one has the right to build anything on land which is owned by anyone else without permission, and that includes council-owned land,” Ms Stork said.

“While we understand some people might wish the hut to be retained, it is not a safe structure and it is not appropriate for this location.”

Parents and residents took to Facebook to express their disappointment with the cubby house clearing.

“Had a look at this fabulous construction today, the boys have done an amazing job with it and occupied themselves in positive ways,” one parent said.

“The building needs to stay in place as a reminder of good times, team work and creativity – and good old fashioned fun.”

Members from the Gisborne Community Group wrote a letter to Ms Stork saying there was an overwhelming support by their members in favour of the structure to remain.

“The consensus of the community is the children should be encouraged to get outdoors and use their time constructively, rather than becoming bored and destructive,” a spokesperson from the group said.

Ms Stork said council worked with young people every year on joint projects and build many structures in the community – including several playgrounds in Gisborne.

“We are all for kids exploring and being adventurous in our beautiful shire but with that comes learning about being respectful to the natural environment and to others, such as seeking permission when it is not your land or property,” she said.