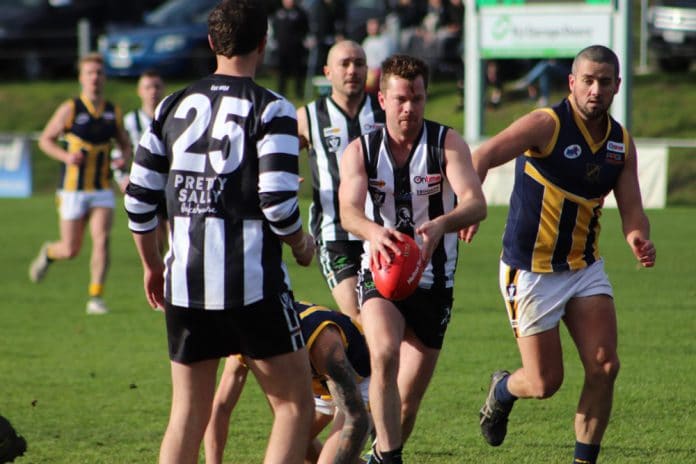 Wallan was unable to hold down a win at home on Saturday, suffering a 19-point loss to Rupertswood.

The loss is a crucial one as it drops Wallan to fourth on the Riddell District Football Netball League ladder, a game behind Romsey, Riddell and Diggers Rest.

It was a slow start as the two rivals felt each other out.

The Sharks gathered a bit of momentum in the second term, holding the Magpies scoreless and kicking 3.9 to take an 18-point lead into half-time.

Wallan replied in-kind in the third term, keeping Rupo to just a single behind while booting four goals to lead by eight points at the final break.

Rupertswood really hit their stride in the final term, kicking five goals to one to run away with the win.

Wallan assistant coach Spencer Mathieson said the Magpies wanted to back up last week’s performance with another win.

“We were doing just that after a good start with the breeze but to their credit, Rupertswood kept us to six scoring shots which was costly,” he said.

“Rupertswood were better with the breeze, had more scoring shots with it and deserved their victory.”

Wallan has a bye this week before travelling to Lancefield, followed by Riddell at home and Woodend Hesket away to finish the season.