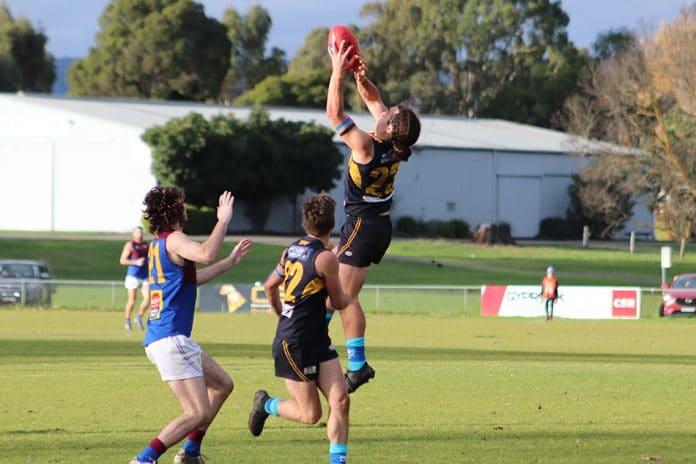 Whittlesea’s run to the top of the ladder continued with a 44-point away win over St Mary’s on Saturday.

The Eagles are now second of the NFNL division two ladder, behind Banyule only on percentage after the Bears dropped a game to Diamond Creek.

Whittlesea missed the jump, allowing St Mary’s to kick four goals to three in the first term to trail by 10 points at quarter time.

They were able to right the ship in the second term, booting six goals to one to take a 20-point lead into half-time.

The Eagles extended their lead in the third term with a four goal to two quarter to lead by 34 points at the final change.

Whittlesea closed out the win by going on a tear in the final term, piling on five more goals.

Whittlesea coach Blair Harvey said it was a great win against the in-form side of the competition.

“They challenged us early but we responded. We were able to over run them with our fitness in the second quarter then able to stay ahead in the second half,” he said.

“We had a pretty even contribution from everybody so it was pretty hard to pick a best player to be honest.”

The Eagles host 4-6 Fitzroy Stars next week before taking their last bye in Round 15.

“We’re just looking for consistency more than anything and making sure we stay up and playing our style of football not matter who we’re playing,” Harvey said.

“I think if we can do that, the results will take care of themselves.

“We’re enjoying playing week to week without any breaks. Our momentum is really good so I’m not sure how that bye’s going to go but it is how it is and we’re just going to have to deal with it.”