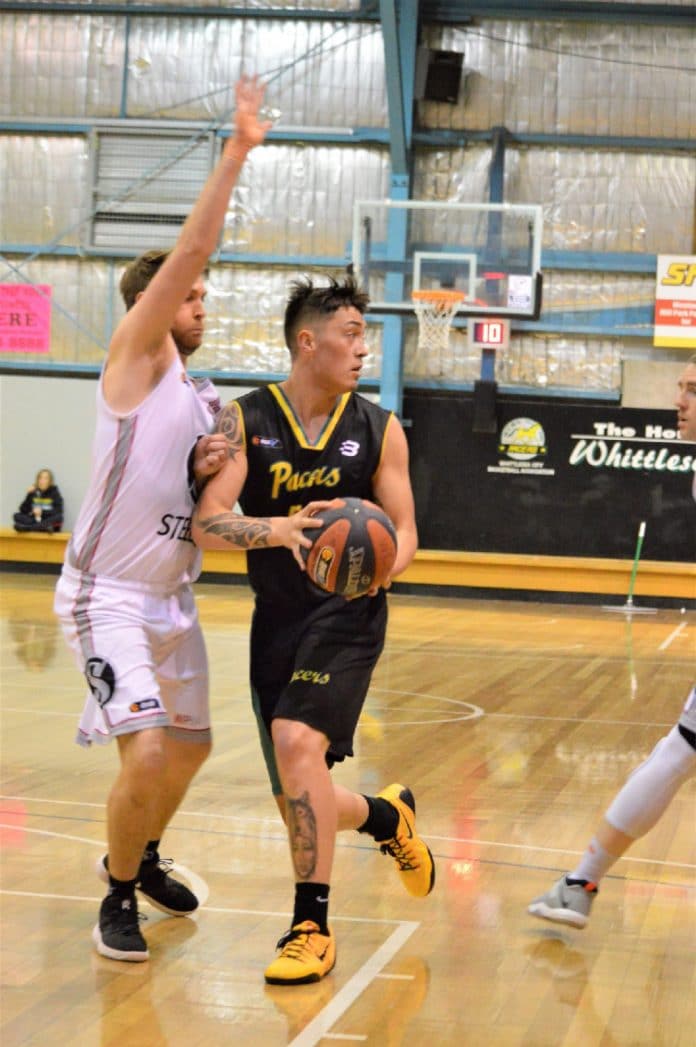 WHITTLESEA Pacers’ men were handed their sixth loss in a row, going down 78-69 to Collingwood All Stars at home on Saturday night.

Collingwood were able to get out to a nine-point lead late in the first period before Whittlesea responded to close the margin to five points at quarter time.

The Pacers held a one point lead late in the second period before the All Stars replied with a three-pointer to take a three-point lead into half-time.

The Pacers held on through much of the third period until Collingwood went on a 13-3 run to lead by 11 through three quarters.

A 10-1 run in the fourth brought Whittlesea to within five points but late buckets from Collingwood stopped the comeback in its tracks.

“We made too many mental errors throughout the game that I think cost us a lot. Just silly mistakes really turned the tide,” he said.

“In the last minute we were down five and we forced them to take a bad shot but gave up the offensive rebound twice then you’re fouling and it’s pretty much game.

“We got in foul trouble early and we have to keep people off the line, that’s what’s killing us at the moment. Our opponents are averaging 27 FTs per game and that’s the difference in the game.”

Vaughns said Potts-Broughton has been a bright spark for the Pacers since returning from college.

“I had him my first year and I got him a scholarship and he’s come back a beast. He’s a lot more confident, a lot stronger and quicker, he’s really helped this team to be a better team and a more competitive team,” he said.

The Pacers have three games left starting next week with a back-to-back against Latrobe City at home and Warrandyte Venom on the road, followed by Melbourne University at home.

“We’re at the business end, we’ve got three games left and with these three games, they’re very winnable,” Vaughns said.

The Pacers’ women struggled to deal with the loss of Dani Reinwald in an 88-37 loss to Keilor Thunder at home on Saturday night.

Keilor led from start to finish in the demolition.

Rachel Bell was the only Pacer to reach double figures with 26 points and 22 rebounds while Caitlyn Mcleod had four points, five rebounds and three assists.

The Pacers were missing Reinwald inside, getting outrebounded 69-45 and conceding 50 points in the paint.

The loss was the Pacers’ third in a row.