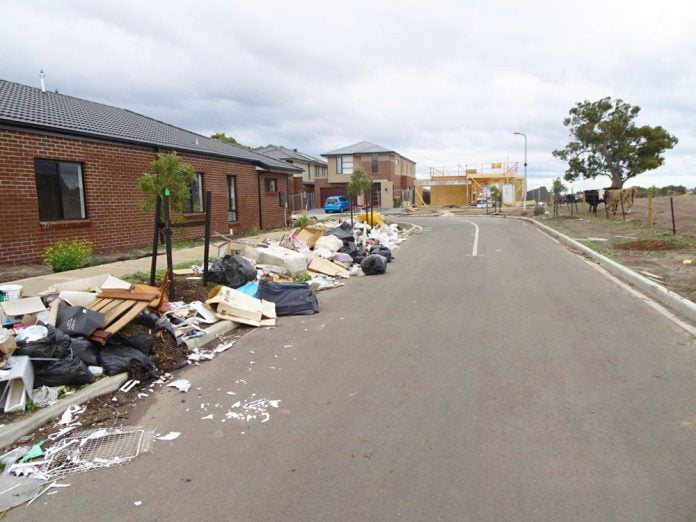 CITY of Whittlesea council will fine people dumping their rubbish and unwanted goods in neighbourhood streets.

Mayor Lawrie Cox said residents were tired of their neighbours leaving their mess for others to clean up.

“Unfortunately, there is a small group of people, particularly in newly-built areas who seem to think it’s ok to leave their rubbish for someone else to deal with,” Cr Cox said.

“It makes the area look unsightly and if council has to clean it up, it means an unnecessary cost to ratepayers.

“We recently fined two people and ordered them to clean up their mess in Wollert.

“So the message is, if you dump rubbish, you will get caught.”

Cr Cox said residents caught dumping rubbish could face on-the-spot fines of $342 plus clean-up costs or would be taken to court.

“We will not tolerate this behaviour and will investigate reports of dumped rubbish,” he said.

Council has portable CCTV cameras which it installs in hot spots and employs a litter prevention officer to tackle the issue.

Cr Cox said there were plenty of alternatives to dumping rubbish including tip vouchers issued on rates notices each year.

“Homeowners are entitled to two free kerbside hard waste collections a year plus we have the tip vouchers which can be used,” he said.

More information on how to dispose of waste is available at whittlesea.vic.gov.au/waste.