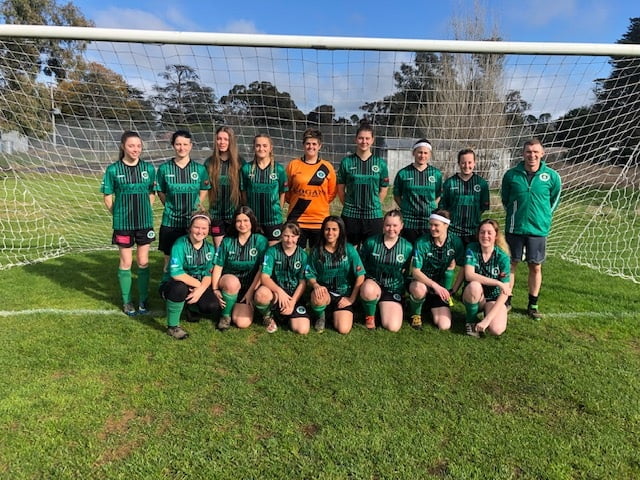 As the FIFA Women’s World Cup reaches its crescendo, Mitchell Rangers Soccer Club is hoping to grow female participation in the world game and received a $3000 grant from VicHealth to help do so.

The club introduced its first junior girls team this season after reintroducing its senior women’s team two years ago.

Mitchell Rangers Soccer Club president Mark Williams said the under 10 girls’ team was playing well but the main success was that they were all enjoying it.

“That’s all you want to do, create that sort of atmosphere and environment. When you’ve got 10 and 11-year-old girls, you want them to come along and enjoy themselves,” he said.

To help grow the club and allow it to introduce more teams across all genders and ages, the club used the grant to buy new portable goals.

“If people hear there’s a girls’ team and hear they’re enjoying themselves and know we’ve got the equipment to boot, hopefully it’s just a matter of time before other girls start coming,” Williams said.

The club hopes to field a second girls’ team next season so players aged eight to 11 have somewhere to play.

“The more girls we get, we can get another team because some girls just don’t want to play with boys and some do. Club policy will now be if there’s a team in your age group, you’re in,” Williams said.

The end goal for the club is to have girls’ teams all the way through the junior ranks feeding straight into the women’s side.

The women’s side has improved after a tough start to the season, winning their past two games.

A last-minute winner gave the Rangers and 7-6 win over Darebin Falcons and they followed up with a 3-0 win over Melbourne University – their first clean sheet of the season.

Williams said the club welcomed new players all year round and was the only club between Craigieburn and Shepparton.

“I say that so many times that we’re the only club in the shire so I assume everybody else knows but they don’t and it’s unfortunate they don’t,” he said.

“We’re an outpost, if you like but we’ve been here for a few years and I don’t think we’re going to go anywhere.”