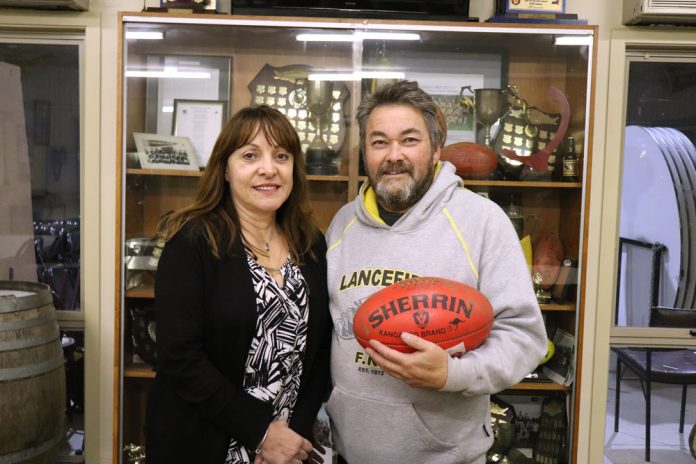 Despite on-field results this season, Lancefield Football Netball Club is looking to move forward and provide a community-focused club well into the future.

“Financially, we’re fine. We just need to spend a bit to get a bit more on the field. Coaches, key players and things like that but other than that, we’re fine,” he said.

“Mine’s plain and simple, we’re here to provide a club for those who want to come and play football.”

Todd said he wanted the club to build from within the community.

The club’s working on building its bank balance so it can afford to pay players and turn around its on-field fortunes.

“We’ve got players here who could walk away and make good money to play elsewhere but they’ve stuck by us,” he said.

“It’s been really good that the players who have stayed here have basically played for nothing, they’ve played for the club and that’s what it’s all about.”

One of the biggest issues facing the club is the difficulty it has with upgrading facilities as Lancefield Park is managed by State Government body Department of Environment, Land, Water and Planning, rather than council like most other grounds.

Todd said the ground’s lighting had been tested and it was less than 10 per cent of the Australian standard for brightness.

“Woodend has just got new lights and change rooms, Romsey had $3 million spent on them a few years ago and Trentham has got lights that are AFL standard. The biggest issue is that because the ground’s managed by DELWP we can’t get the funding from the State Government,” he said.

Lancefield treasurer Gina Morgan said every club’s success was defined by the community and the club needed the community’s help.

“If you don’t get that, after a while, the handful of people who are trying to keep it together are going to be burned out,” she said.

“It’s not that we don’t want to keep doing the work, we need help… We believe there are people out there who have got really good skills they can offer on a volunteer basis and it could look really good on their resume.”

The club has an information night on Tuesday, July 23 at the Laurie Green Pavilion at 7.30pm for anyone interested in being involved with the club in any capacity.

The club hosts Wallan the following weekend on Saturday, August 3, where it plans to have a free family day featuring a jumping castle and face painting, before its reverse raffle fundraiser that night.

“We have 147 years of history. It’s not going to close tomorrow, I can tell you that,” he said.