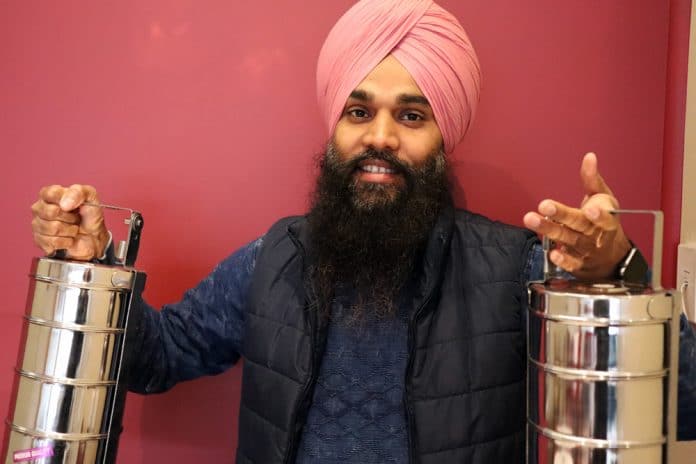 CHEF Amrit Palsinth has taken environmental concerns into his own hands at Baba’s Kitchen in Seymour by introducing stainless steel containers for customers to reuse every time they place an order.

Mr Palsinth said he was concerned about the amount of plastic used through his Indian restaurant which was why he introduced tiffins – a stainless steel connected take away carrier that is traditionally used in India.

“I wanted to try and reduce plastics and I got this idea from India,” he said.“In bigger cities like Mumbai and New Delhi – they use tiffins because they’re conscious of plastic waste and it’s healthier to not put hot food in plastic containers.”

The sustainability idea started at the beginning of June and already, the community has responded positively to the chef’s initiative.

“The community has responded really well to this idea, they’ve been so encouraging and have been posting photos on our Facebook page with their tiffins,” Mr Palsinth said.

“The way it works is – customers pay a $20 deposit for the tiffins, and every time they make an order, they bring their previously used tiffin and swap it for a new one containing their takeaway order.

“If the customer feels they want to return the tiffin – they get their deposit back.”In India, of 29 states and seven union territories, about 17 have implemented some form of single-use plastic ban or reduction.

Mr Palsinth said he enjoyed sharing his culture with the community, particularly the home-made recipes he learnt in his home state of Punjab.

“Once a month I run an Indian cooking class at Blue Tongue Berry Farm – the community has been so involved and love learning,” he said.

“I do these classes to share my culture and let the local community where I’m from.”