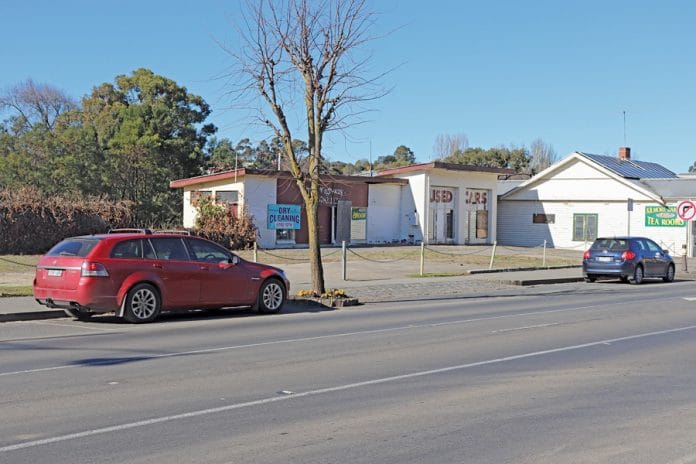 One of Kilmore’s biggest eyesores could be redeveloped as a retail space should a proposed planning permit be approved.

The vacant site at 58 Sydney Street has been proposed to be turned into multiple retail spaces over two storeys, including a café/restaurant and a dry cleaning business.

The proposed project is being developed by a local developer Joseph Popa from Vanbale and designed by Bruce Mactier at his Kilmore office.

Mr Popa said the current building will be incorporated into the new design.

“You’re not going to see much of it though, it’s going to be pretty much covered. The rest of the site will be shops of different sizes, there’ll be six up top and two on Patrick Street down the bottom,” he said.

“There’ll be some restaurants or cafés, two spaces have a view of the creek at the back with bigger windows. Down the bottom, there’ll be room for businesses to get entry from Patrick Street.”

Mr Popa said including Patrick St frontage as part of the development helps improve another part of Kilmore.

“I had my hair cut on Friday night and the hairdresser started talking about it, she said it’s good someone’s taking care of Patrick St and improving it. It just looks disgusting driving down there,” he said.

“We’ll use the local hardware stores and won’t go out of town unless we have to,” he said.

The proposed planning permit is currently up for public consideration at the Kilmore Customer and Library Service Centre and a decision will not be made on the application before Friday, June 28.