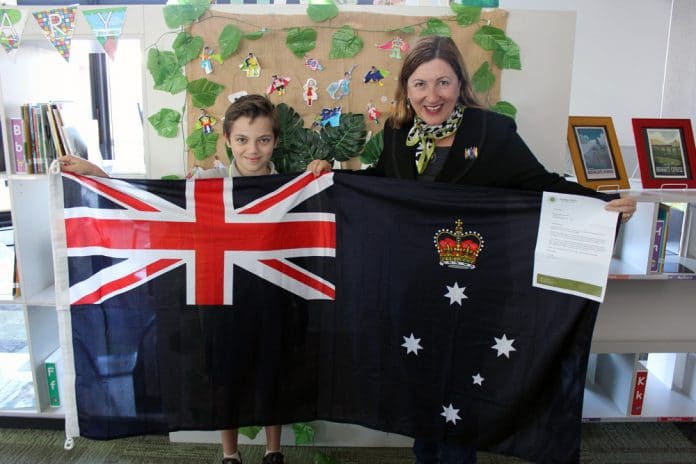 CHARLIE Toirkens from Ashely Park Primary School has received a Victorian flag for his school thanks to a letter he sent to Member for Yan Yean Danielle Green.

The year six student was home sick with chicken pox for a few weeks, so principal Kerren Barro offered to set tasks for him to keep busy.

Charlie wrote a formal letter requesting the flag for his school, which Ms Green delivered to him personally when he recovered.

“Our flag masts are still empty so Charlie wrote a lovely letter to Danielle Green, it had no spelling errors or typos at all,” Ms Barro said.

“I was really sick at home for a few weeks, so the principal helped me to stay busy,” Charlie said.

Charlie had a huge grin on his face when he received the flag from Ms Green.

“I was very impressed with Charlie’s letter and I wanted to thank him for the effort he had made to write to me to request the Victorian flag for his newly built school.”