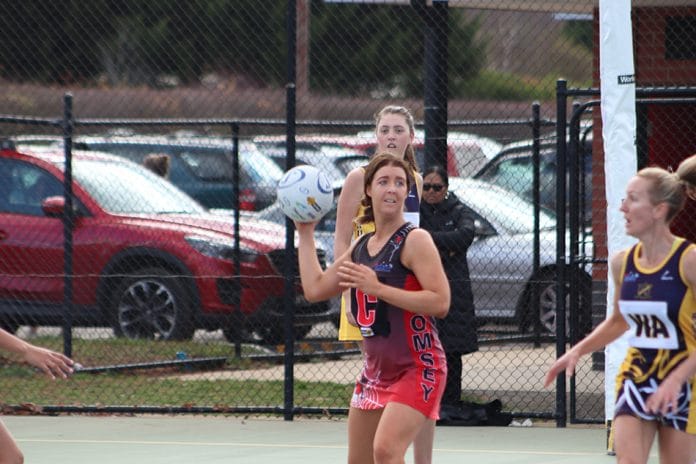 Wallan has improved its RDFNL A Grade netballers scored a 57-42 win over Melton Centrals on Saturday.

The Magpies controlled the start of the match, taking a 20-9 lead into after the first quarter.

Wallan extended its lead to 16 goals in the second term but put their foot down in third, blowing the lead out to 22 goals.

The Blues were able to close the gap in the final quarter, as Wallan rested three of their starters, but it wasn’t enough to steal the win.

Matilda Lethlean chipped in with 14 goals on 21 attempts.Romsey fell to undefeated Rupertswood 53-36 at home on Saturday.

The Sharks were in control all day, leading by double-digits from early in the second quarter through to the final siren.

Romsey goal shooter Rebecca Hicks did her best to keep the Redbacks in the game, scoring 30 goals on 33 attempts.

Broadford came close to their third straight win, going down at the hands of Woodend-Hesket 50-46.

The Kangaroos were just three goals down after a 12-9 first quarter, but the Hawks hit their stride in the second to open the margin to 10 goals at half-time.

Broadford brought the deficit back to three goals with six goals to Kate Berger and nine to Renee Sari.

Despite the Kangaroos comeback, Woodend-Hesket was able to hold on for the win.

Lancefield suffered its eighth loss of the season, going down 83-24 to Macedon at home.