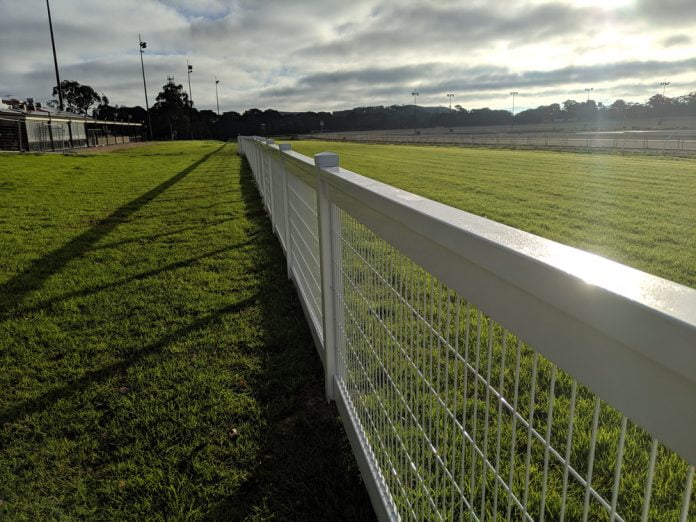 The Kilmore turf cup is likely to be moved to another racecourse as track renovations are unlikely to be completed in time.

While the track works are almost complete, Kilmore Racing Club chief executive Ben Murphy said the club would have to wait for the turf to consolidate through spring before resuming racing.

“Once we consolidate the base, we’re going to be in a better position to race,” he said.

“It’s really difficult to say because we need the warmth and growth through spring and we’ll determine what we do after that.”

The track has been rebuilt to replace its former arc shape, now having a two per cent cross fall towards the inside rail right towards a new collection drain around the track.

Water will drain through the profile of the track rather than bogging down both the inside and outside rails, giving the course a more even and consistent racing surface.

The works will also allow more room for trainers to work.

Widening of the track will also give the club the ability to move the rail and produce a better racing surface more often.

Mr Murphy said members and trainers had been fantastic with their patience throughout the upgrades.

“The trainers have been fantastic the whole way through. We’ve kept them up to speed. It’s a major inconvenience so their patience was critical and they’ve been really supportive with how they’ve worked with us,” he said.

While the Kilmore Cup will still run in November, it will have to be moved to another racecourse.

Mr Murphy said it would be logical to keep it as close to Kilmore as possible and the club would finalise a venue for the race within the next two weeks.