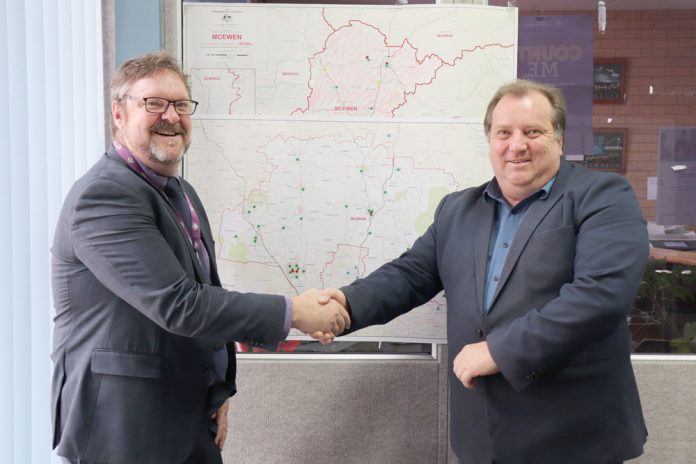 While the Liberal-Nationals Coalition formed government, Mr Mitchell won the seat with 55.1 per cent of the vote.

Mr Mitchell said it was an honour and privilege to be re-elected and thanked everyone involved in the campaign.

“The overall result was not exactly what I hoped for on the national scale but to be supported locally by our community has been truly wonderful,” he said.

“It doesn’t matter what team you’re on, the volunteers and the people who make it worthwhile are the ones that get out of bed every day and go and volunteer and do all the hard yards so we can get the privilege at the end of it.”

The Declaration of the Poll was at the Australian Electoral Commission McEwen divisional office in Seymour, which is now out of the electorate with the most recent redistribution.

Mr Mitchell said he had a sentimental attachment to Seymour after representing it for 17 years.

“You start to realise the sentimental attachments you have when you drive in and look at the tank and the Vietnam veterans and the work done at schools, ambulances and police stations,” he said.

“We’re going to miss Seymour a lot in particular but we have exciting new challenges going forward and I’m looking forward to that.”

“Anyone that has served our country and their community as long as you have deserves respect and I give you my full support and anything that I can do to help you going forward as well,” he said.

“From Rob’s point of view, [a Liberal government] makes it difficult to have the impact he would like so that’s why my hand’s there for anything I can do to work together to serve the community because that’s what it’s all about at the end of the day.”