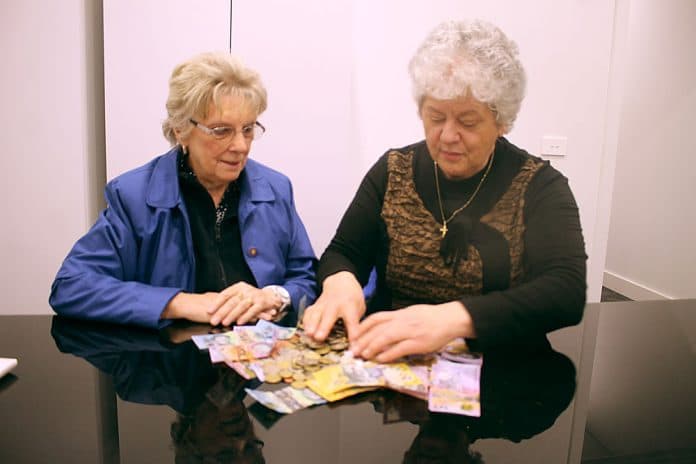 Former owner of Copella clothing store in Kilmore Christine Batskos has donated $767 to Pyalong Neighbourhood House in support of farmers.

Ms Batskos spent an afternoon walking up and down the streets in Kilmore explaining why she was collecting money to retailers and business owners.

She thanked her customers, family, friends and the community members who contributed to the donation.

“I would like to acknowledge the generous donations from Copella customers, family, together with retailers and businesses in the main street of Kilmore,” Ms Batskos said.

“I just think it’s a magnificent effort, and the generosity just overwhelms me. It really does,” Ms Waye said.

Ms Waye explained the effect the groceries would have on the farmers and said they were always overwhelmed receiving them.

“They bring out the hampers from Pyalong Neighbourhood House and take off the lids, and that’s when the tears come,” she said.

Ms Waye said she had met a man who had never asked for anything in his life but he said he had received a hamper from a lady called Moira.

“And I said, ‘that’s me!’ and he grabbed my hand, with tears in his eyes, and said ‘I will never forget you’,” she said.

“I met a lot of these farmers, and they all thought they were on their own, that nobody knew and nobody cared.”

Ms Waye said she was grateful for the donations, and every bit made a difference.