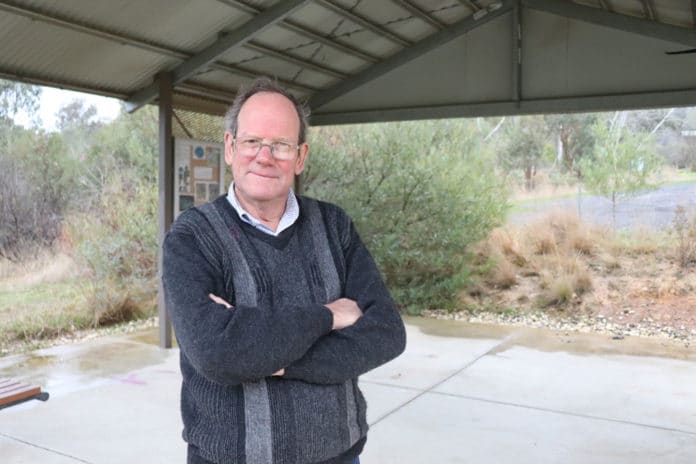 Kilmore East Recreation Reserve has been targeted by thieves again as a picnic table and a table top were stolen from the reserve’s covered area.

The table was a replacement for the original which was stolen in 2012 and the reserve also lost its kookaburra sculpture to theft in 2015.

Kilmore East Recreation Reserve committee chair John Dixon said it would have been difficult to take the heavy items.

“The thieves used tools to dismantle the items as they were so heavy and bolted to the concrete,” he said.

“I’ve got no idea why the reserve’s been targeted. It’s used a lot, we don’t have a bin so people take their rubbish with them and we have a couple working bees to keep it tidy.”

As the reserve is run by the community volunteers and not council, all the losses come out of community donations.

Mr Dixon estimates it would cost $2000 to replace the stolen property.

“You wonder what you’ve done and what you have to do to keep it on the straight and narrow,” he said.

“It’s a loss for the people who use the park so we’ve got to think about them too.

“It’s a bit disappointing but whether it happens at a state park of a community park, it’s the same disappointment. People doing things that they don’t need to do.”

Business as usual for The North Central Review