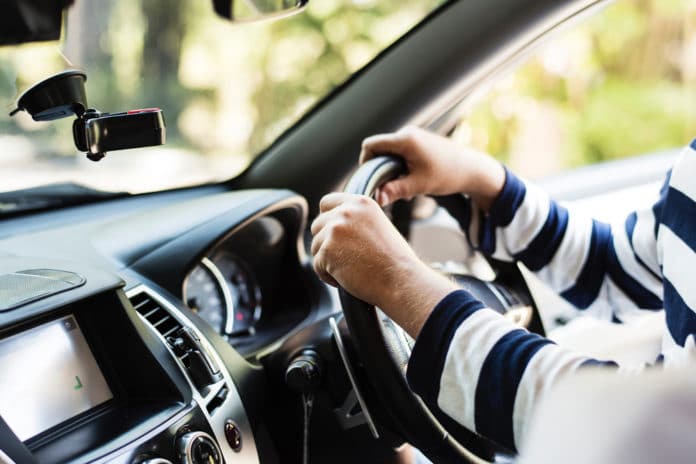 A new state-wide initiative is calling on drivers to ditch the distractions while on the road, as Victoria’s high road toll continues.

The campaign highlights the consequences of what a two-second glance at your phone can do.

A total of 137 people have lost their lives on the roads in Victoria so far this year.

A new television advertisement shows a man checking his phone while driving and at the same time a pair of hands covers his eyes – indicating that he is blind.

TAC surveyed 1,742 Victorians aged 18 to 60, with one third admitting to using a mobile phone illegally while driving.

“This is something that’s been happening for a long time. Now there’s a lot more data that proves people are using their phones surfing their social media pages,” Insp Koger said.

“If we go to a fatal collision, we have the intelligence to check the use of the mobile phone prior to the collision.

“People have become desensitised, they think they can do more than one thing at a time.”

He believes the mobile phone factor was a global problem that could only be tackled through education.

“There are a lot of experts trying to come up with solutions. There are certain apps that people can download that will switch off your device when you turn on the car,” he said.

“Other proactive ways can be simply putting your phone in the boot or glove box, away from a possible distraction.”

“Because it’s a long weekend fatigue comes into play. People driving on highways like the Northern, Goulburn Valley and Midland should take turns with another driver and rest,” he said.

“People get bored very easily and many young drivers have an addiction to screens – don’t use your mobile phone when driving.”