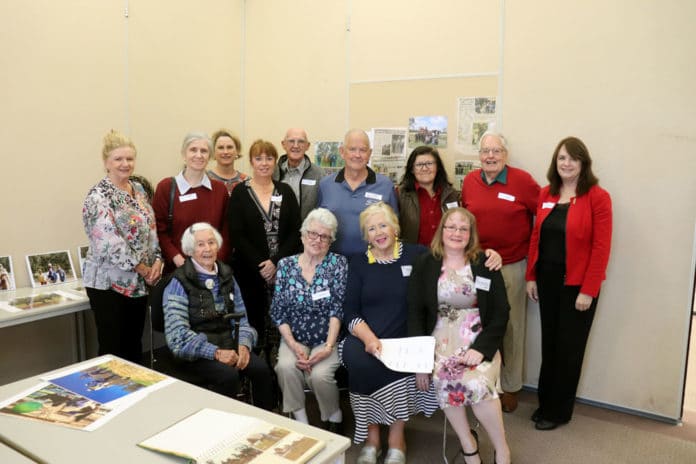 “We’ve got some of the original people who had the courage to start in the beginning and we actually still do it almost the exact same way as they did it back then,” she said

“We like to get children with disabilities as soon as we possibly can, from two or three onwards, because the power of horses can make a really big impact really early.

One child in the program was virtually non-verbal when she started at three-years-old, only being able to say Mum and Dad

Now, she has more than 30 words in her vocabulary, knows the name of her pony and all her helpers

“She’s putting together sentences and it gives us goosebumps every time we look at her. That’s why we do it, we can make a different every day,” Ms Lewis said.

“There are 20 stories just like that right now and probably 400 stories over the years. Every week we make a difference and it’s such a privilege.”

Ms Lewis said it was not all about riding and just being in the presence of a horse could do wonders for children in their program.

“It makes children calmer because it gives them self-esteem and a sense of accomplishment. You try being in control of a horse, it’s a big deal,” she said.

“When there’s not much else in your life you can control, what you can do at Riding Develops Abilities is amazing.”

Examining public transport in the City of Whittlesea