Home Sport Football Six on the trot for Laurimar 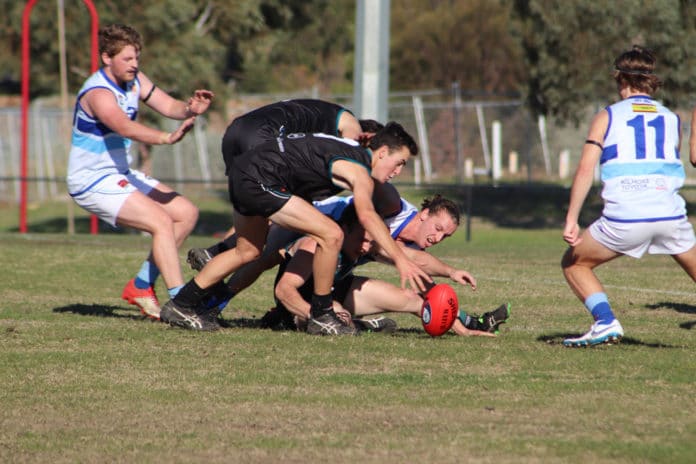 LAURIMAR remains undefeated, extending its winning streak to six after a 36-point victory over Kilmore at home on Saturday.

The Power was able to keep the momentum going in the second term, booting four more goals while keeping the visitors just one goal to lead by 21 points at half-time.

Kilmore wasn’t able to get through Laurimar’s stifling defence and only added one goal to their total in the third term as the Power piled on three more to increase the margin to 32 points at three-quarter time.

A three goal to two final term would see the Power cruise home to their sixth win of the season.

“We just turned the footy over at some crucial times and didn’t make the most of our opportunoities in front of goal,” he said.

“I think we competed well. Our backline was outstanding. We both had around 48 inside 50s so we were able to repel a lot of their forward entries but they were able to do the same to us.

“Grant Paxton and Stephen McIntyre were super. I don’t think Paxton was beaten one-on-one all day. Chris Ryall was good down back early and he helped us compete in the midfield.

“We’re looking to bounce back this week against Lalor and get that fourth spot back.”

The Blues are now fifth on the ladder with a 3-2 record after five games, half a game back from South Morang while the Power are four points clear of also undefeated Heidelberg West, who have had a bye.