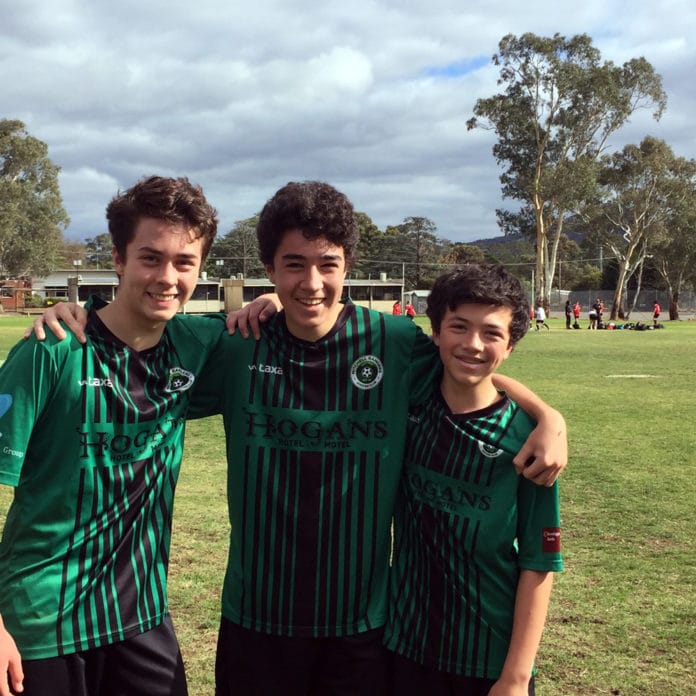 In a huge turnaround, Mitchell Rangers have reached the top of the FFV Metropolitan Boys’ North 15D ladder with an 8-5 win over FC Birrarung.

The Rangers have won four of their five games so far after the group failed to win a game in the under 14s last season.

Team manager Chris Anderson said it was hard for the team to suffer loss after loss but they never gave in.

“This valiant bunch of misfits didn’t give up. They didn’t quit and walk away. They pulled together and stuck at it, they worked hard, they trained even harder and they showed everybody what they are made of,” he said.

“They showed us all the spirit and determination that surged through their souls and came back in 2019 with a vengeance.

“This team, led by captain Ryan Sirianni and coached by Dane Jorgenson have stepped up into the lime light and are playing with everything they’ve got.”

Anderson said Mitchell Rangers had always been a small rural club that doesn’t worry about results and plays for the love of the game.

“It’s really nice to see them get the pay off now after some hard yards,” he said.

“We’ve always been a club that’s not really cared about winning. We’re just a local rural club that struggles for numbers.

“It’s just for fun and the love of the game but it’s nice that it’s all coming together for these kids now.”

Mitchell Rangers will be at home on Sunday at 11.30am at Broadford Secondary College and the club invites everyone to attend the game and show support for the team.