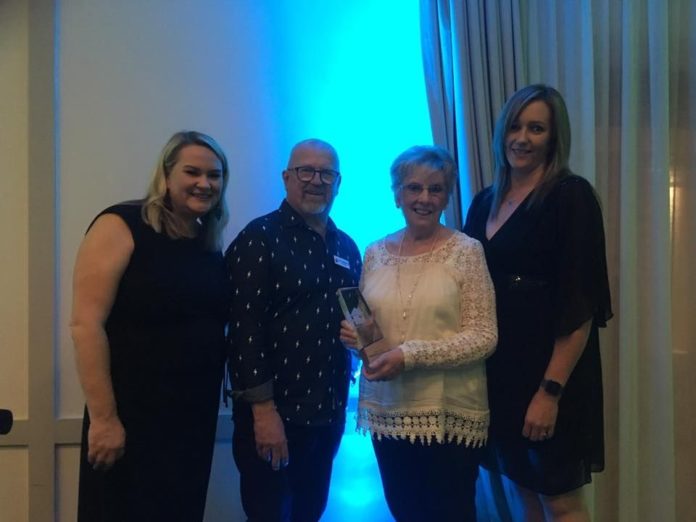 Pyalong Neighbourhood House has won a state-wide award for their effort to buy groceries and organise hay for struggling farmers.

Neighbourhood Houses Victoria selected the Pyalong group from 401 houses across Victoria for the Resilience Award.

Pyalong Neighbourhood House president Moira Waye and co-ordinator Belinda Osmond attended the conference earlier this month without knowing they were going to win.

“They were being really nice. They’d come up and ask how Pyalong was doing, and this was before we even won the award. I thought, wow, this is royal treatment,” Ms Waye laughed.

Ms Osmond said the award was based on finding ways to maximise what they had, like planting a vegetable garden and cooking the produce.

“Neighbourhood house staff and volunteers work tirelessly on the ground, responding to the needs of their communities in a truly grass-roots kind of way,” Ms Battle said.

“This is evident in Pyalong Neighbourhood House’s case, providing relief to farmers who are doing it tough at the moment with the drought. Initiatives like this build community spirit and resilience, and that’s what we’re all about.”

Ms Waye told stories of farmers that were struggling with the drought, including a dairy farmer that had to sell her last 10 cows because she couldn’t afford to feed them anymore.

“Each cow weighed 245 kilograms. She got the cheque for that after they took out the cost for transport to the market and back plus the auctioneer. She only got $23 per cow. It doesn’t even buy a round of hay,” she said.

Ms Waye said that before they went to the event, a farmer called her to tell that he’d never had to beg in his whole life, but he now needed help.

The farmer had hurt his knee and was unable to harvest his crops so Ms Waye organised with the Lions Club to have the crops taken care of.

“That’s what gets me. These resilient and strong men are reduced to tears. It’s so sad,” she said.