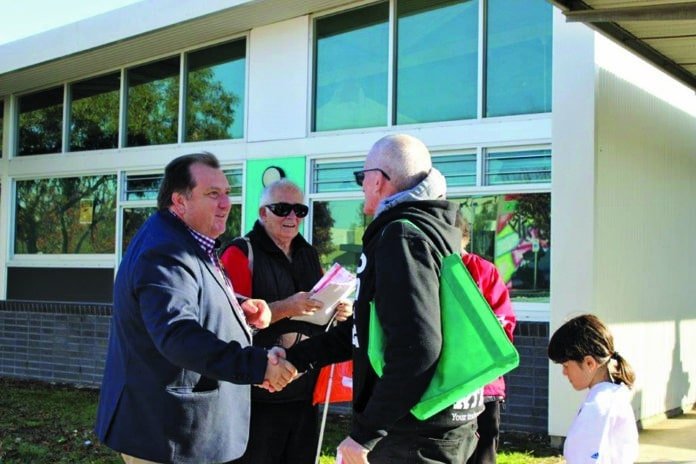 The letters regarding Mitchell Shire Council’s priority projects were first on the agenda for Mr Mitchell, following the Liberal Party’s federal election win.Labor was the only political party to make election commitments in the Mitchell Shire.

Mr Mitchell said he would continue to fight for the community.

People have given me the opportunity to represent the community and I will continue to fight tooth and nail to push those things along,” he said.

“I’m not going to lay down and forget about them. We made those commitments because they’re the right thing to do.”

“The letters were written this morning and are all ready to go. We’re just waiting on the ministers and their portfolios to be named.”

Mr Mitchell retained the seat of McEwen, winning 40.7 per cent of the first preference vote from the Liberals’ Phillip Fusco (34.3 per cent).

The Labor member had 55.7 per cent of the vote after preferences which was a 0.3 per cent swing toward the Liberal Party.

Mr Mitchell said he was humbled to receive another opportunity to represent the community.

“It’s a very unique thing to be able to have the privilege of representing the community,” he said.

“I think living and working in our community makes a difference so I’m pretty stoked to be re-elected.”

Mr Mitchell said the public made their voices heard by re-electing a Liberal government and now its Labor’s job to hold the government to account.

“We get the government we vote for, so for us we just have to go back and reset and think about where we go for here,” he said.

“I would’ve liked to see Bill [Shorten] elected but the Australian people decided that wasn’t the case so we accept the decision and work through it.

“I’m very thankful for the support and encouragement I’ve received. I don’t take it for granted and I’ll continue my focus on the community.”