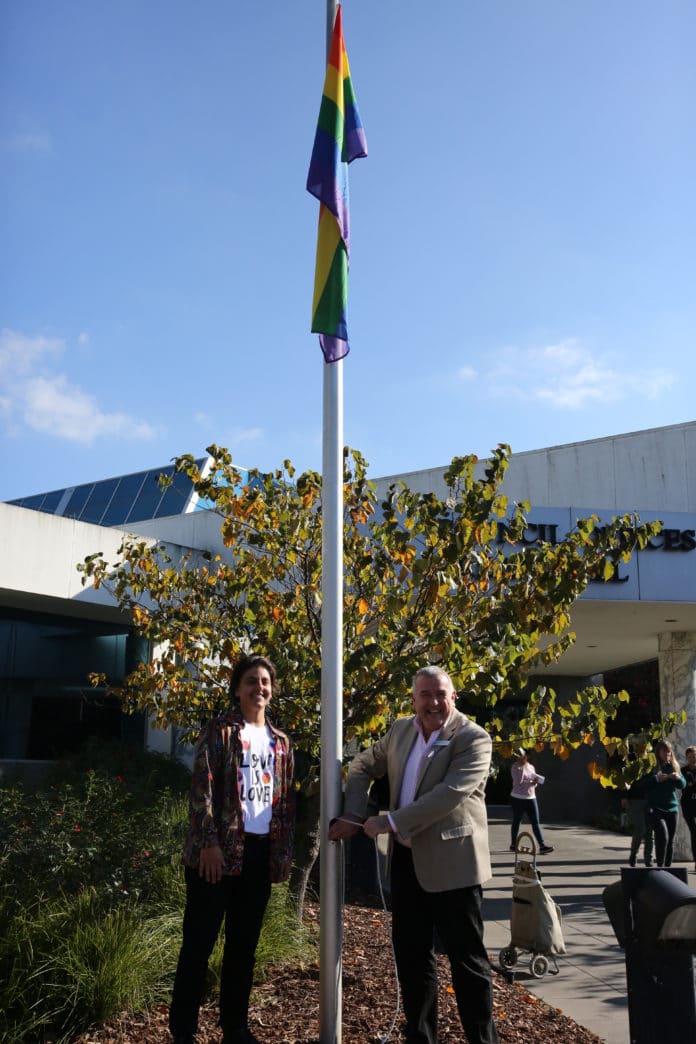 Cr Cox said the City of Whittlesea was an inclusive council that supported the community as a whole.

“We want to make sure everyone is included – we don’t want to see people identified in particular groupings we should be able to reach a norm where people are just identified as people,” he said.

“You look at the faith and religions – some people are using religion as a cover. I’d like to see people practice what they preach which is treat others how you would like to be treated.”

Guest speaker Sage Akouri, who doesn’t identify with either gender, spoke at the event of their passion for making a change in the community.

Growing up in Whittlesea in a Lebanese household, Akouri first recognised their gender identity struggles in Grade Two.

“I was assigned Female at birth but my gender does not align with this, I actually do not identify as either male or female and that is non-binary. I am just Sage,” they said.

Akouri said the reactions received from teachers and peers in a private Catholic school terrified them.

“After high school I realised I was now finally going to have the freedom to be able to be somewhat of my true self,” Sage said.

“As soon as I turned 18, I gained independence from my family, cut my hair, only wore the clothes that affirmed my gender identity and presented however I wanted to.

“I began to engage with the LGBTIQA+ community and I met lots of people that were also exploring their sexuality.

“I was then a part of a community where not only my sexuality was accepted, but it was celebrated.”

Akouri said the day with City of Whittlesea was incredibly special.

“Especially since Whittlesea is where I grew up and faced and continue to face lots of adversity towards my identity as a Queer, Transgender Person of Colour – I look forward to doing more things like this with the City of Whittlesea,” Sage said.

Cops stop for a cuppa