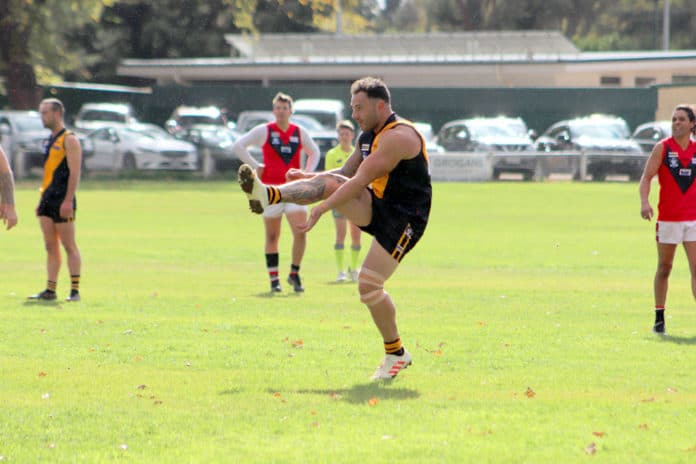 Lancefield secured its first win of the RDFNL season with a 45-point win over cellar-dwellers Rockbank on Saturday.

The Tigers started well on their home turf, kicking four goals to two and opening up a 10-point lead at quarter time.

Lancefield really put the pressure on in the second term, holding the Rams to just one goal while kicking 4.8.32 to stretch the margin to 35 points.

The action slowed coming out of half time, with both sides kicking just one goal each in the third quarter, before the Tigers came out firing in the final term, sealing the win with a four goal to two quarter.

John Baker kicked three goals for the Tigers while Daniel Frost was best on ground.

Lancefield president Clark Todd said it was good to have a win after the side’s hard work over the summer.

“We were better than them, simple as that. We had a couple of fill-in players. Phil Kaufman came back and gave us a chop out, Johnny Baker came back too,” he said.

“We’re two struggling clubs but we’re the ones who came out with a win on the day.

“Frosty would’ve been one of the best, Andrew Sanderson played well in the backline too.”