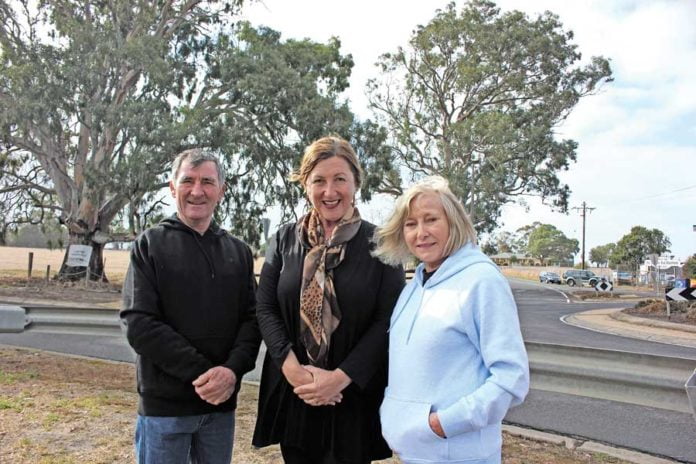 THREE thousand gumtrees, some of which are up to 500 years old, face clearing as part of next stage of duplicating Yan Yean Road.

With stage two of the duplication of Yan Yean Road nearing, Indigenous people and professional arborists assessed and estimated the age of the trees.

“We’re not against the duplication of Yan Yean Road,” Mr Yeoman said.

“I’ve seen the congestion issues in the area, particularly with Doreen Primary School population increasing and other schools starting up in the area – the traffic is really heavy.

“We just hope there’s a way that Major Road Projects Victoria can preserve them.”

The Yeoman’s have been on their property for 41 years and are the largest landowners in Doreen, with 260 acres of farming land to breed cattle and train horses.

“We’ve been defending not just our trees, but the 3000 other gumtrees to preserve the rural feel in Doreen,” Mr Yeoman said.

Mr Yeoman is on a committee panel with VicRoads and many concerned residents who are focused on preserving the environment – the group have gathered about 8000 signatures to petition against the clearing.

“These trees were here before white settlement – we’re going to try our hardest to preserve them but in the end it’s going to be up to the government,” he said.

Minister for Planning Richard Wynne said an Environmental Effects Statement would be required for the next stage of the Yan Yean project.

Member for Yan Yean Danielle Green has responded to residents’ concerns on environmental impacts and met with the Yeomans to hear their concerns.

“We know locals have expressed a strong desire for this vital upgrade to retain two significant trees on Doctors Gully Road corner – the Environmental Effects Statement is yet another opportunity to consult with the community to explore options as we finalise the design,” Ms Green said.

“The Environmental Effects Statement will make sure we minimise impacts on the local environment including species such as the powerful owl.”

“Danielle has been helpful and really supportive on trying to preserve these trees,” Mr Yeoman said.

“As much as the odds are against us, you just can’t replace a 500-year-old gumtree.”

People are encouraged to visit your.roadprojects.vic.gov.au to learn about the process and sign up for project updates.