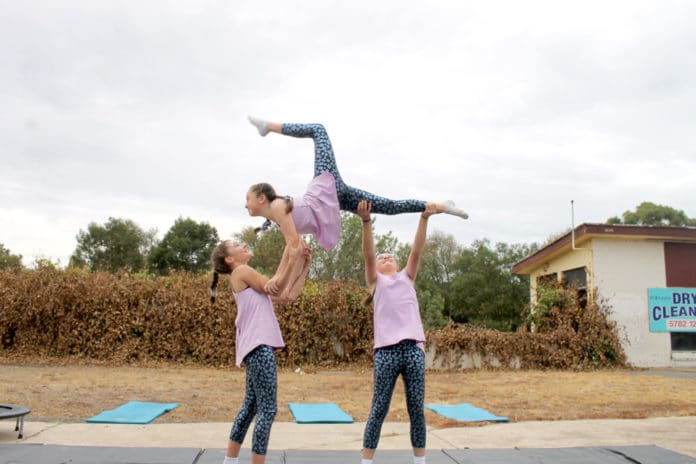 Twenty-four buskers competed on the day and three winners – Gryff, Finnigan August and Alejandro Aguanta – will now have the opportunity to perform in Cooma, NSW at the National Busking Championships in November.

Organiser Rose King said it was great to see so many smiles on the day.

“I haven’t seen that many people so happy in Kilmore – it had a really happy air to it,” Ms King said.

“We received lots of positive feedback from performers and spectators who asked when it would be happening again.”

The event coincided with the annual art expo and an Easter egg hunt, which attracted a large number of children and families.

“It was great for all of them to team up. More people than usual attended the Art Expo opening on Friday night,” Ms King said.

“I remember hearing people say ‘I love this town’.”

“We do tumbling and acrobatics. We love showing off our talent and having fun,” Anique said.

“We had to work very hard for many hours – probably more than 30 hours,” Georgia said.

Ms King said she was looking forward to what the competition would bring next year.

“I think it was a really big boost for the people of Kilmore – everyone is looking forward to next year,” she said.