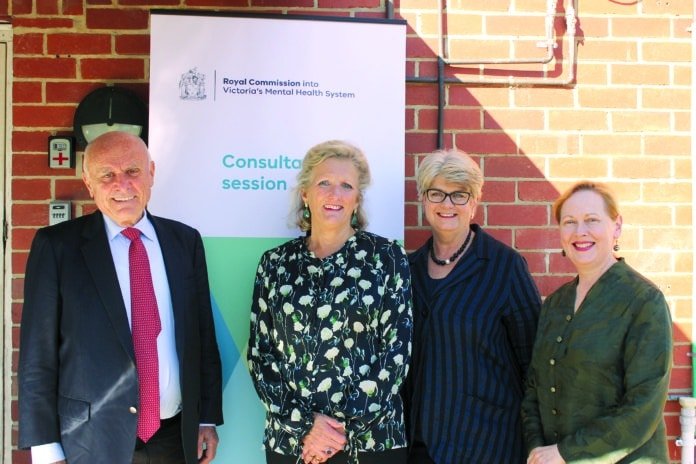 The first step to fixing Victoria’s “broken” mental health system began in Whittlesea on Friday with the Royal Commission into Mental Health hearing the stories of people from the area.

Chairperson Penny Armytage and commissioners Allan Fels, Alex Cockram and Bernadette McSherry met with people from across the Whittlesea municipality.

Ms Armytage said community consultations were starting in Whittlesea due to the area’s diverse background.

“We were keen to start our consultation in a diverse community,” she said.

“Whittlesea is one of the fastest growing municipalities in Australia – nearly 50 per cent of the community speak a language other than English at home and it has a diverse range between metropolitan suburban and rural environments.”

Up to 80 people signed up to be a part of the consultation process in Whittlesea.

Ms Armytage said the people who attended the consultations were engaged and discussed several issues including access to mental health services and the importance of having support available when needed.

“We’re here to listen – we found already people are very keen to engage with us to express their views to reflect upon their own experiences and to share insights about how the system can be improved for the future,” Ms Armytage said.

“It’s really an exercise in listening to community members, be they people living with mental illness, family, carers, others that have and interest or people involved with service provision who can tell us what their experiences have been to date and to reflect upon that.”

Ms Armytage said it was a once in a generation opportunity to take make a difference about an issue that impacted the lives of so many Victorians.

“When you think about the prevalence, the challenge that’s in our community – it’s a great honour to be asked to chair the commission and think very deeply about the ways in which we may improve our response to people with mental illness,” she said.

“We don’t underestimate the effort it takes for people to participate, and we are sincerely grateful to hear so many personal stories and experiences.”