Home News Number 2 in the world 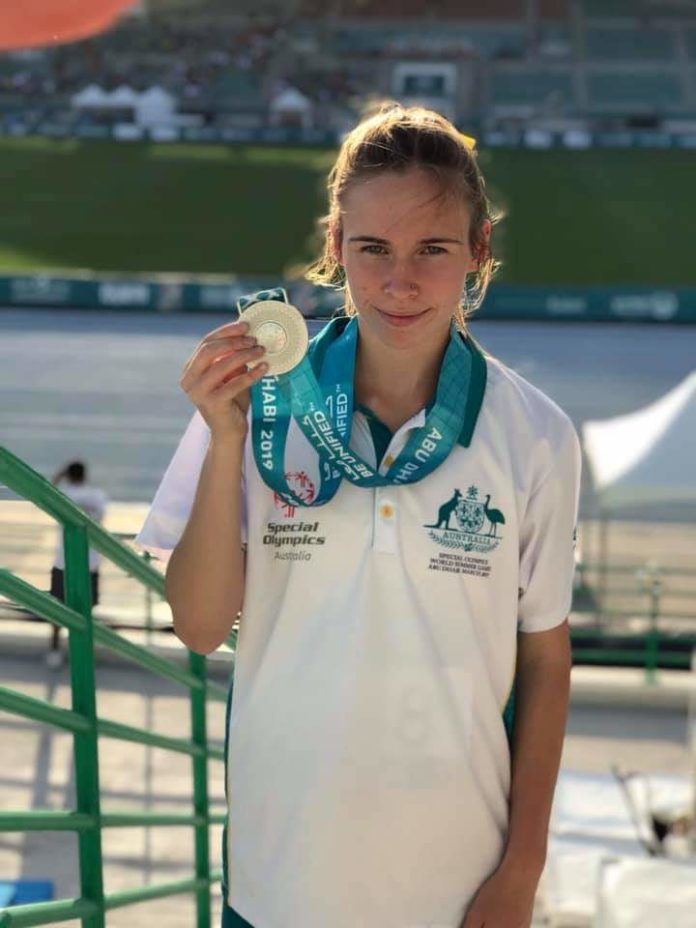 Laura competed in the Special Olympics alongside 7000 other athletes from 170 countries, representing Australia in long jump, the relay and 200 metres.

Her training payed off as she returned with personals bests in two of her events as well as three silver medals to add to her collection.

“Once I got on the blocks, I was like wow this is real,” she said.

Laura said it was a bit scary because it was a whole new place but she enjoyed her time competing and sightseeing.

“We went and rode camels, and did driving in the sand bank,” she said.

Ms Butler said that she was proud of her daughter for training so hard and representing Australia in the Special Olympics.

“I had to remind her that for some of her events she was number two in the world. She made us all so, so proud,” Ms Butler said.

Laura said she had been asked to compete in other athletic events towards the end of the year.