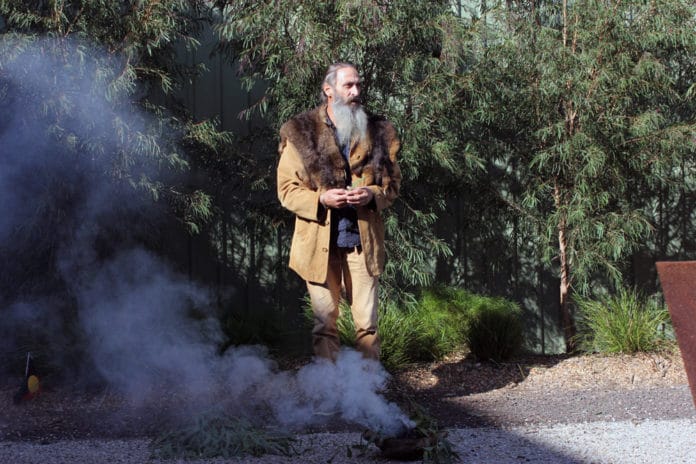 THE Northern Hospital in Epping has created a culturally inclusive space for Aboriginal patients and families by introducing a smoking ceremony garden for families to carry out cleansing rituals for sick loved ones.

The audio recording informs people of Aboriginal history and the importance behind smoking ceremonies.

Traditional Owner Colin Hunter Jr welcomed attendees with a moving smoking ceremony, explaining that cleansing rituals are believed to ward of bad spirits and make pathways for a brighter future.

“The garden is the outcome of our partnership between staff members, patients, families, Wurundjeri Elders and the greater community to deliver a culturally appropriate space,” she said.

“We’re also currently in the process of installing welcome signs around all our hospitals which welcomes patients in 14 languages and acknowledges the Traditional Owners of this land.”

“Our council is inclusive and we are very encouraging of community groups regardless of background,” he said.

The hospital’s chief strategy and development officer Simon Keating said the need for the garden came after an Aboriginal patient on a 12-year cancer journey entered Northern Health palliative care.

“The ceremony had logistical issues – this then lead to the Aboriginal Health Unit developing a culturally safe space for smoking ceremonies.”

Leader of the project senior Aboriginal liaison officer and proud Gunditjmara woman Karen Bryant said she was proud of the new garden.

“In Melbourne hospitals we don’t have a lot of green space, they’re concrete jungles, so sometimes it’s beautiful to have the trees and the earth underneath your feet – to sit down and reflect on whatever is going on for you at the time,” she said.

“It’s a space for patients and families whether you’re Aboriginal or non-Aboriginal.”