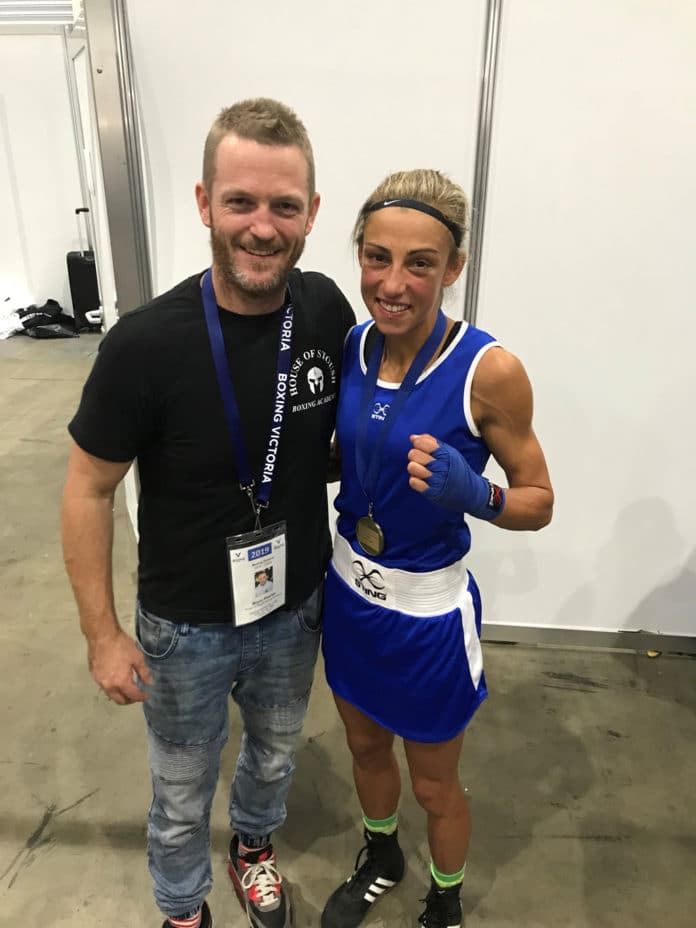 Milich, who trains at House of Stoush in Wallan, took home the 48kg title after winning two fights at the Boxing Victoria Championships at the Arnold Sports Festival at the Melbourne Convention and Exhibition Centre two weeks ago.

Milich said it was a challenge to face two vastly different opponents.

“Vivian was quite tall and she was long and experienced so that meant keeping distance,” she said.

“On the Sunday, Jen Thompson was extremely short which made it fun to try and get a body shot but that just changed the strategy and meant I had to use my height as an advantage.”

Milich said she didn’t expect to have so much success so quickly.

“I’m not sure how to describe it. It’s unreal. It’s something I never thought would happen so I’m just taking it all in and everyone has been really supportive and that’s the best part, coming home after a win like that,” she said.

Milich credited her trainer Bryce Poorter as being crucial to her rapid rise through the ranks.

“I was already humbled and grateful for the opportunities I was lucky enough to receive last year alone but to be able to do this so soon is a credit to Bryce who put in the work getting the matches because that’s not an easy feat either and it’s something people don’t see behind all the fights,” she said.

“People see me on the day but they don’t see all the hard work and hours we put in here. I was getting up at 3am running and he’s taking me for sprints on weekends and it cuts into family time, it cuts into personal time, it affects everything.”

Poorter said he knew as soon as Milich wanted her first fight that she would be state champion one day.

“I thought it would take a couple of years but to do it in 12 months is a credit to her and how hard she works. Nobody trains harder the Bianca and she deserves every pat on the back she’s got along the way,” he said.

Milich’s next fight is in Adelaide on April 13 before she turns her attention to the 2019 Elite Australian Championships in June.

The House of Stoush team has another big fight on the way with 193cm, 110kg 17-year-old Reuben Villegas fighting for the Victorian Junior Super Heavyweight Title in May.

Poorter said he had seen something special in Reuben, who also played basketball for Wallan Panthers.

“He’s really special. I’d rather get hit by a car than get hit by him,” he said.

“For a kid who just turned 17 to be so placid outside the ring, I love seeing him turn that switch on and get mean as soon as he steps inside the ring and turns it off as soon as he gets out. So hopefully he can get the job done too.”

A pathway for football young guns