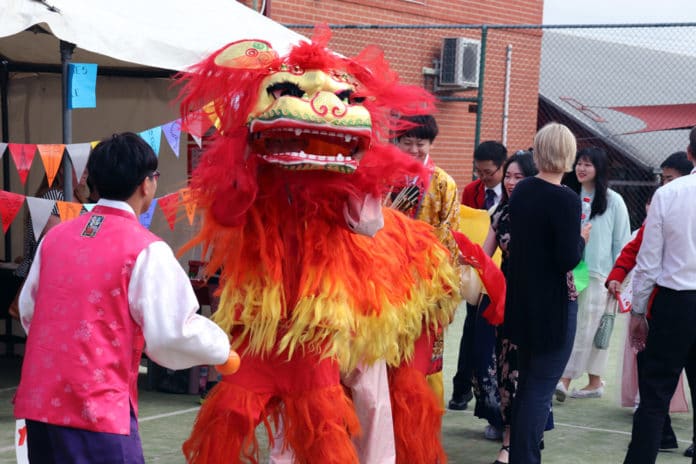 Students were dressed up to represent their culture or a notable person in history who they’ve been studying.

Stalls celebrated the food and culture from countries such as China, India, Thailand, Turkey and Cambodia.Acting deputy principal Jo Treanor, who organised the event, said it celebrated the different cultures that came together at the school.

“It’s integrated into our approach to our curriculum and the idea that we’re all from the same human race,” she said.

“The kids love it. They spent time setting up last night, they put all their energy into it and you can see some of the costumes are just fabulous and it’s a chance for them to show off their culture.

“We’ve got room displays celebrating different cultures. There’s some audio visual stuff, they actually have some dancing and the India group have some henna painting.”

Principal Andrew Taylor said the event was at the heart of the school’s identity.

“We have 50 nationalities here. The majority of students come from overseas. We’re a community of communities, if you like, that’s why I see that it represents the future of our country,” he said.

“It’s all about celebration. It’s celebrating who we are. We’re a tapestry or a coat of many colours and we need to make sure everybody knows who they are, celebrates who they are.”

Year 10 student Hannah Moore said it was important for the student body because they all came from such diverse backgrounds.

“We’re all from really different cultural backgrounds and it’s a way to celebrate it and come together to learn more about other cultures that we wouldn’t have the opportunity to do otherwise,” she said.