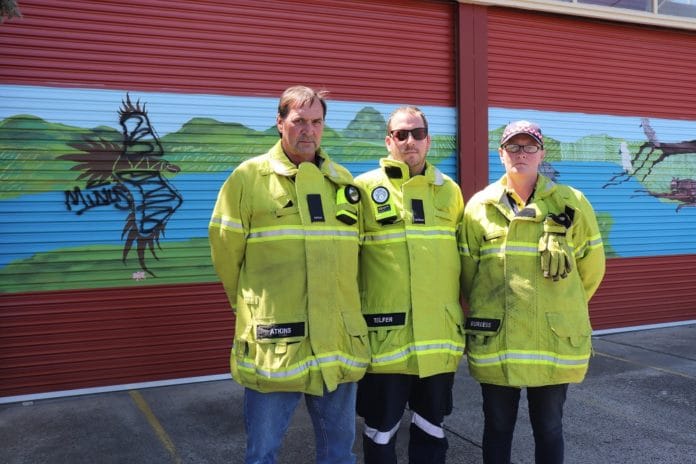 Police have arrested and charged three Broadford men with 28 counts of criminal damage by graffiti, including defacing an Indigenous mural at the town’s fire station.

Police allege the incidents of graffiti damage occurred in Broadford between December 2018 and March 2019.

Sites around Broadford allegedly damaged by the trio include Broadford CFA station, Harley Hammond Reserve clubrooms and the car wash.

Senior Constable Steve Holcombe said the 18-year-old put his hand up as the perpetrator of the vandalism at Broadford CFA station.

“We got a search warrant where we found the clothing caught on the CCTV footage which corroborates that,” he said.

“There was 12 metre by three metre tag on the face of the change rooms and the car wash had been hit twice, on the High St facing wall and on the railways station side where a paint roller had been used to create quite a large mural.”

Two search warrants were executed at High Street and Govett Street in Broadford on March 7 and 11 as part of an investigation led by Broadford Police.

The estimated cumulative cost of the damage incurred is more than $30,000.