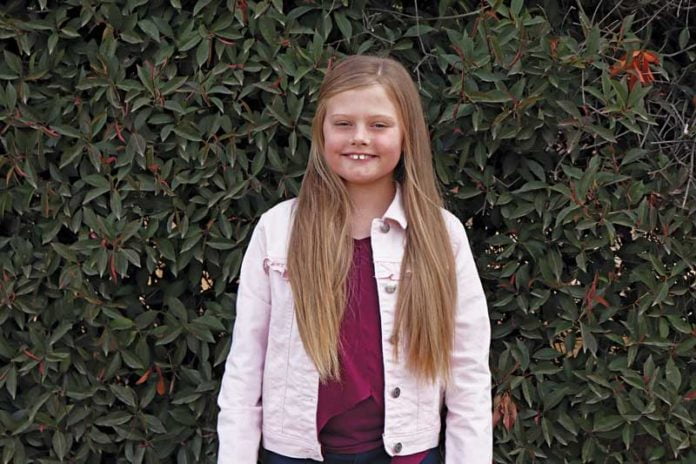 ONE Wallan youngster is doing her bit for kids with leukaemia by raising money and donating her hair to Variety’s Hair with Heart initiative.

Eight-year-old Mackenzie Fereday has grown up knowing children who have suffered from leukaemia.

Mackenzie’s mother Mel Fereday said a friend of Mackenzie’s passed away due to the disease.

“When she was younger, Mackenzie had a friend who had leukaemia and he passed away at the age of three,” she said.

“Mackenzie was four at the time, her friend lost all his hair and that’s how she remembers him, so that really affected her. She also had a friend in primary school who had leukaemia and lost her hair.

”Mackenzie’s been growing her hair out for nearly two and a half years and after complaining about brushing it, Ms Fereday said she suggested they donate Mackenzie’s hair to make wigs and raise some money in the process.

“Probably four months ago, we started just talking about it and a few weeks ago we put up a link to the Variety Foundation’s Hair with Heart,” she said.

“It’s incredible in such a short amount of time and being eight, she’s doing really well and she’s constantly asking people if they have any money to donate.”

Mackenzie’s father Michael Fereday has gotten his employer Cleanaway on board too. The company will be hosting a morning tea to help raise money on Friday, April 5 where Mackenzie will cut her hair.

Mackenzie said she was excited to cut her hair and it felt good to be able to help out children in need.

“Thank you all for donating, I’m really grateful that you guys are donating to me and helping other kids who don’t have hair,” she said.

“It’s really good if other kids donate their hair and if you’re donating, make sure other people get involved and help you out.

To help Mackenzie reach her goal, visit hairwithheart.everydayhero.com/au/mackenzie-does-the-big-chop to donate.

A fresh coat of paint