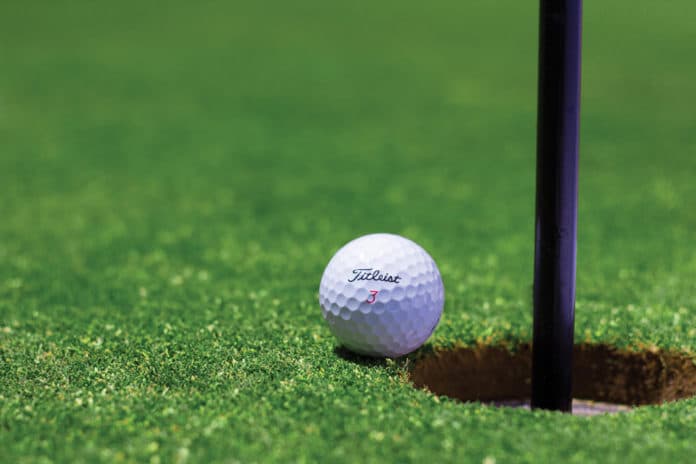 As the weather heated up in preparation for the afternoon field, so did competition.

At least eight of the professionals were within one shot of each other, with just four holes to play.

Ben Jackson and Peter Fowler’s comments after the game were both in appreciation to the sponsors and credit to the ground staff for the presentation of the course, with Peter revealing the difficulty in reaching great scores without greens like those present at Mandalay.

Accompanying our professionals in the morning was a field of amateur players who enjoyed strolling down the fairways with some of Australia’s most recognisable names in golf.

The amateurs played some superb golf, with Ray Markovic winning the morning competition finishing with a score of 39 stableford points.

The day ended with an amateur and PGA presentation, followed by a special sportsman panel, where Cameron Luke provided great entertainment to all guests, with an exclusive AFL Q and A with Collingwood’s Taylor Adams and Essendon’s David Zaharakis.

Coaches to replace trains on Seymour and Shepparton lines

A big hug for struggling parents