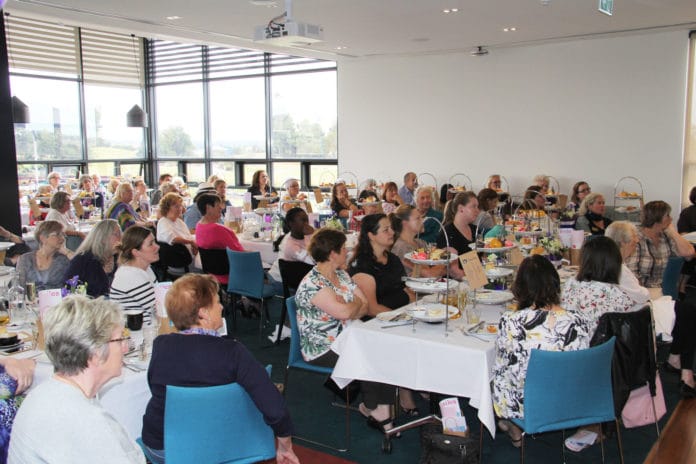 Ms Kelly’s humble, down to earth yet emotional, and at times amusing, story-telling exemplified the spirit of what International Women’s Day stands for.

After a decade living in Kilmore East, raising Ahmed and Emmanuel at the Children First Foundation’s base, Ms Kelly now lives in Melbourne, caring for Trishna and Krishna – the twins from Bangladesh, who were seperated after being cranually conjoined.

“Kilmore will always have a special place in my heart,” Ms Kelly said.

“I will always feel welcomed back to Kilmore.”

Ms Kelly said she was inspired by Mother Theresa to embark on a life of humanitarian work, which has taken her to countries across the world, including Ireland, USA, Romania and Yugoslavia.

“Mother was a small woman from Ethnic Albania, from humble village beginnings. At the end of the day, take off that cross and veil and she was an ordinary woman like us,” Ms Kelly said.

It was in Bosnia, at a refugee camp, where Ms Kelly met a child injured by a massacre of the war, which led her to a life of organising life-saving treatment for children.

Ms Kelly organised for the child to have surgery in Boston, USA.

And after a successful outcome, Ms Kelly believed she could help more children.

She spoke of incredible medical stories and the effect many of the ground-breaking surgeries have had on the Australian medical industry.

While stepping away from Children’s First Foundation, Ms Kelly’s new venture in Melbourne continues to help sick and needy children, as well as women in need.

But she still carries the same mantra – “dont give up on hope”.

Wallan to move to new metropolitan electorates at next state election