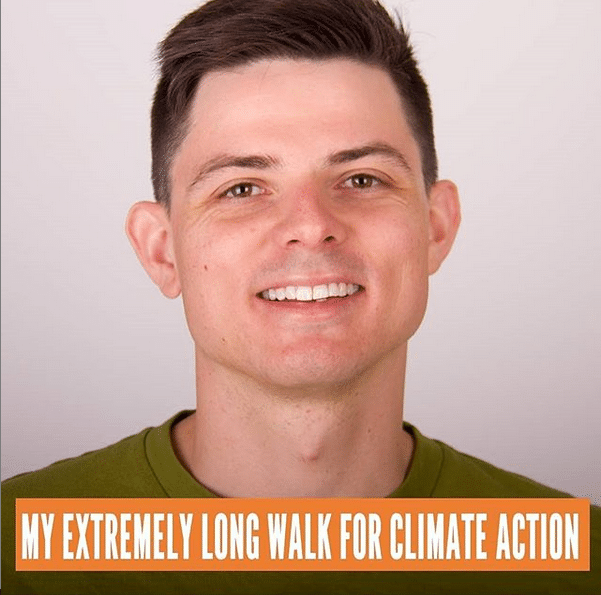 A MELBOURNE student walking from Melbourne to Canberra will make his first stop in Whittlesea as he takes a stand on climate change.

Shannon Loughnane is fed up with the continued exploitation of fossil fuels and inaction on climate change within Australia, and is walking to Parliament House to deliver a petition to declare a climate emergency.

“I made it my new year’s resolution to stop ignoring those pangs of panic every time I was reading about climate change in the news,” Mr Loughnane said.

“It got to a stage where I couldn’t do nothing.”

Mr Loughnane will be leaving Coburg North on April 20 and is expected to arrive in Whittlesea that day for his first stop.

From Whittlesea he will walk to Hazeldene, Yea, Yarck, Merton, Euroa, Violet Town and many other towns until he reaches Canberra on May 14.

Mr Loughnane said his walk will be low-carbon and community-powered, which means he’ll be conscious of personal behaviour and will be leaning on the hospitality of communities across Victoria and NSW who are mitigating the effects of climate change.

“I’ll be collecting signatures along the way at each town and Member for Wills Peter Khalil will be tabling my petition pending the election,” he said.

“None of us can afford to sit on our hands and knees when it comes to climate change,” Mr Loughnane said.

“As time wears on, the challenges in averting catastrophic climate change become more entrenched and the consequences, potentially more dire.

“The only acceptable form of action on climate change is immediate and direct – and so I will walk to Canberra to let our leaders know the type of climate action that is required by its citizens, and by the world.”

Mr Loughnane said people who were able to host him on his way through Whittlesea, or help collect signatures for the petition could email him at info@myextremelylongwalk.com.