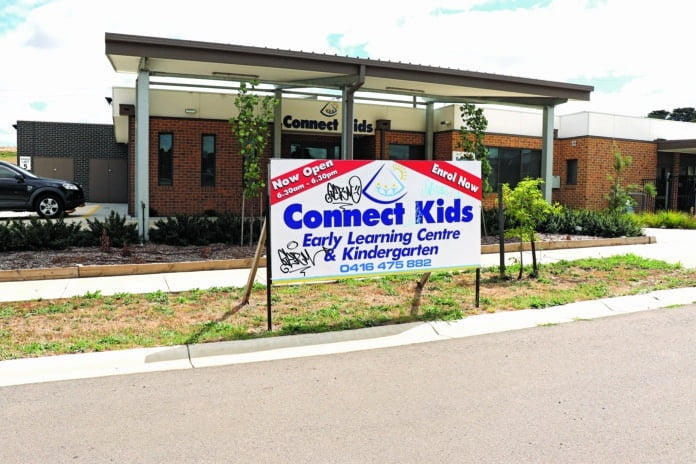 A KILMORE child care centre is concerned after becoming a constant target for vandals.

Connect Kids Kilmore suffered nearly $15,000 worth of damage to its kindergarten yard in September, with children not being able to use the yard until staff ensured it was safe.

Shade cloth and safety padding around its poles were cut, parts of the centre’s metal fence were damaged or completely removed and a safety mirror was shattered in the attack.

Connect Kids Kilmore owner Rajesh Sharma said it wasn’t the first time the centre had been a target.

“This is not the first time somebody tried to damage our signs or banners, twice I displayed my banners in town and somebody cut it with a knife,” she said.

“The damage would’ve been worth nearly $15,000 because we were not sure if they had put any syringes or anything in the sandpit so we had to replace that. We had to replace both fences, all the safety mirrors and we had to fix up the yard.”

Ms Sharma said she already had to hire a signwriter twice since the attack to remove graffiti on the centre’s main sign.

“He’s come twice to remove graffiti from our sign but two weeks ago it was already up again,” she said.

“One of the neighbours told me they’ve been damaging all the new properties as well. Their garage was damaged and their electricity and wires were damaged the same night.”

Ms Sharma spoke to police and filed a report but was yet to hear back about the incident.

“It’s starting to be a worry for us that I don’t know what will happen… There’s always a little worry in my head now about what might be happening,” she said.

“We are trying to get ourselves established and build our business but things like that are definitely putting us behind.

“Of course, it’s not the service’s fault when someone comes and damages our yard, but it’s making our families and educators uncomfortable.”