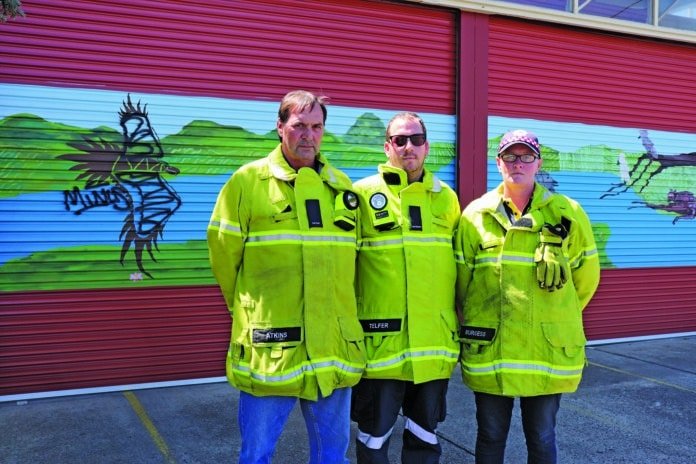 MEMBERS of the Broadford Fire Brigade are disappointed after an Aboriginal mural on the station’s roller doors was vandalised earlier this month.

The mural was vandalised sometime around 10pm on Friday, February 15 with black paint sprayed over the representation of Bunjil the eagle along with a tag.

“Unfortunately, it’s very disappointing that an individual thought to do this because it means a lot to me being a Koori person and it was a lot of work to achieve in the first place,” he said.

“It was part of the Koori Inclusion Action Plan the CFA did so it means a fair bit, not just to me, but the brigade who were very proud of those doors as well.

“I was very angry when the brigade let me know but I’m really just disappointed now that one individual decided they know better than the artist and know better than those schoolkids who came up here on a hot day and busted their bums for a couple of days to get it done.”

The mural was created as part of a collaboration between the CFA, the Taungurung Clans Aboriginal Corporation and Broadford Secondary College.

It was community funded and painted by artist and Taungurung Elder Mick Harding with help from Broadford Secondary College students.

Mr Atkins said he would like to sit down with the vandal and learn why they chose to graffiti the mural.

“I don’t understand why they have to do that sort of thing,” he said.

“If this individual could come and explain to me or my brother why he needed to do that, we’re quite happy for him to explain why he has that need to change what’s already there.

A tale of two stations