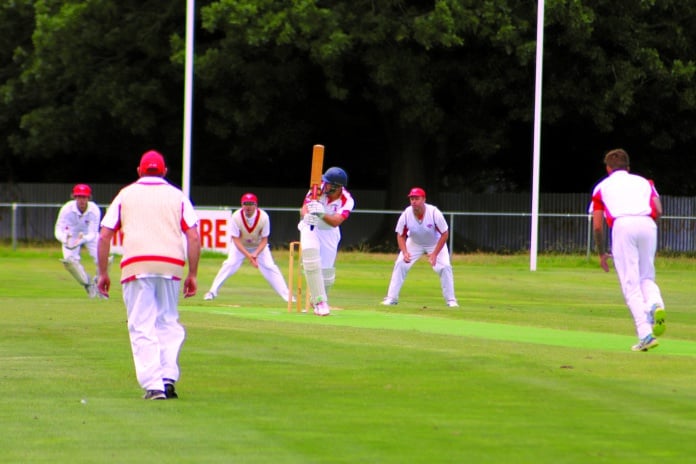 Gisborne were 7/204 at stumps on day one, thanks to 42 from Brook Grumont and a solid 38 not out from lower order batsman Jay King.

Taylor Stevenson led the Romsey bowling attack with 3/30 from 19 overs.

Romsey came into day two with a lot of work to do in cold and blustery conditions. Rain earlier in the day threatened to cost the home side valuable overs but the skies cleared just in time.

Opener Chris Burkett was clean bowled early on, while opening partner Damien Devlin was caught and bowled soon after to have Romsey 2/24.

Matthew Hoyt top scored for Romsey with 47 batting at number five but saw the lower order collapse around him, losing 4/15 at one stage before he was bowled at 8/119.

Romsey was bowled out for 132 from 54.3 overs shortly after.Gisborne came back in to try to nab some extra points, making a quick-fire 2/108 from 12 overs.

WALLAN Cricket Club was able to avoid an outright loss in their two-day away match against Diggers Rest Bulla.

The Magpies were bowled out for 129 after 36.5 overs on day one after a middle order collapse that saw three batsmen out for ducks until the lower order was able to put some runs on the board.

Diggers Rest Bulla came into its first innings full of confidence and it showed, with the home side declaring at 6/263 after 44 overs.

Wallan struck early and had the home side 1/3 before Sumanjan Fernando came in at first drop.

Fernando led Diggers Rest Bulla with an unbeaten 62 batting at first drop while captain Rasika Batepola made 51 before being run out.

With more than half a day left, Diggers Rest Bulla sent Wallan back in with the Magpies needed 134 to avoid an outright loss.Wallan managed to make 7/172 before stumps were called to avoid a catastrophic outright loss.Wicketkeeper Russell Whittingham (34) and captain Kieran Atkin (48) were key to saving the Magpies’ second innings.Atkin said his side set themselves the challenge on day two to avoid the outright loss.

“We went into the match undermanned but from the position we were in, to avoid the outright loss was pleasing,” he said.

“We are starting to show signs of improvement. Our second innings score of 7/170 was certainly on its way to a respectable score and we just need to start making those scores in the first innings.

We didn’t do a lot wrong in the field, we bowled reasonably well. They were after quick runs but you create your own luck in cricket and when things aren’t going your way, you tend to drop chances but we continued to toil and the score probably doesn’t reflect how we bowled and fielded.”