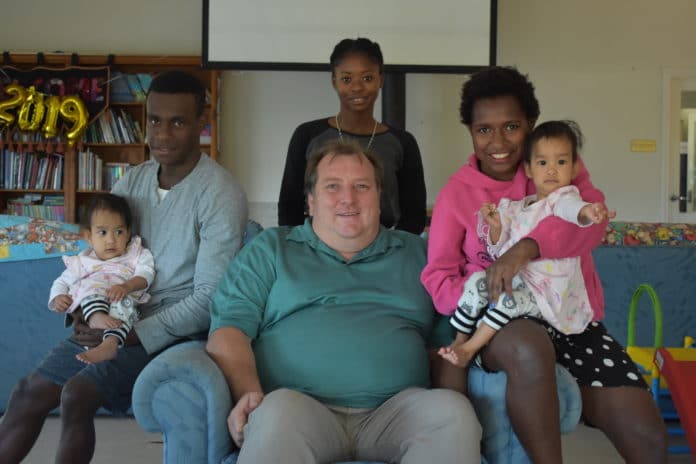 Mr Mitchell spent time with some of the Retreat’s residents, including Bhutanese twins Nima and Dawa, and spoke to staff about some of the issues they’re having with things like internet access.

He said the work the foundation and Rotary have done to improve the Retreat had been sensational.

“It’s an important part of their community and anyone who knows anything about Children First knows about the great work they do, the humanitarian work is sensational,” Mr Mitchell said.

“We are hugely supported by all the local communities, shops, Rotary, the Men’s Shed, and it’s an extension of that wonderful community support,” she said.

Mr Mitchell agreed, saying it was easy to see how passionate the foundation was about what it did.

“It’s important all three levels do what they can to help organisations like this grow and support them throughout because most of the time they’re running on the smell of an oily rag,” he said.

“You just have to spend 10 minutes here and talk to the staff to see these people are just absolutely stunning.”

Support from local politicians has allowed the foundation to explore options for support they might not have had otherwise.

“Being in Kilmore East, we don’t have access to the NBN but through Rob’s staff, we’ve been able to look at different options for us, which will make life a lot easier for us here,” Ms Lodge said.

“Even community grants, Rob just mentioned to me about a grant that we could apply for because we have to install a sprinkler system. That’s an avenue that wasn’t available to us before.”