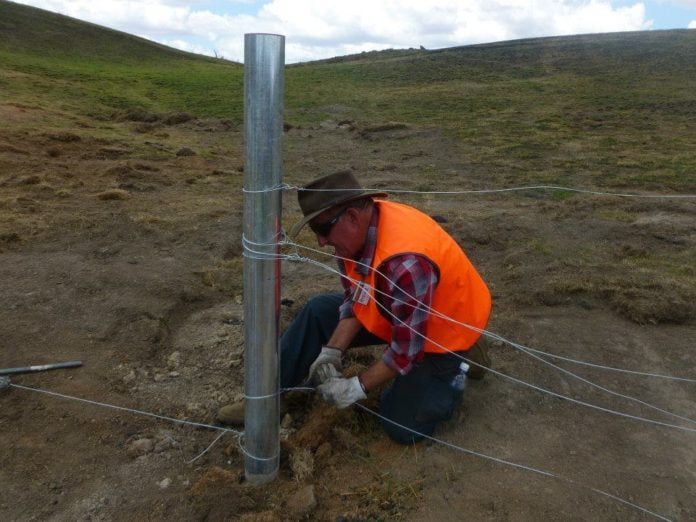 WE have often heard it said that out of disaster good things come – and this is certainly true of Black Saturday and the birth of BlazeAid.

In the days after Black Saturday 2009 Kilmore East farmers Kevin and Rhonda Butler were seeking volunteers to help replace fencing destroyed on their neighbour’s and district farms.

The Butlers had lost all their fencing and as a result of the quick response of neighbours, the land was cleared and new fences were erected.

Eager to repay the kindness – but aware of the mammoth size of the job – the Butlers knew they would have to draw on help from further afield.

A simple two-column advertisement in the public notices pages of the North Central Review on February 24, 2009 saw the birth of BlazeAid.

Volunteers arrived but there was an initial hurdle with volunteers’ insurance, but Kevin Butler cut through the red tape with greater ferocity than the flames that had destroyed his fences two weeks earlier.

By March 3, there were 100 volunteers on the books and the district welcomed 40 additional volunteers from New South Wales.

One week later, the volunteer numbers had swelled to more than 250 and over 100 kilometres of fencing had been rebuilt.

Assistance came from a range of organisations and individuals including Victorian Farmers Federation, Rotary, Apex and Anglican Church.

“We put out a call for equipment and someone from a local church left a set of wire strainers at my front gate – the gift seemed so small relative to the work to be done but believe me we put it to good use,” Mr Butler said.

From that one set of wire strainers the BlazeAid arsenal has grown to 18 purpose equipped trailers in every state – each one valued at $20,000. There are six volunteers assigned to each trailer and the total value of equipment is well over $2million.

Shipping containers have also been converted to portable workshops for on-site repairs to equipment.

Over the past 10 years BlazeAid has established 75 base camps across Australia, co-ordinated the work of 17,000 volunteers and helped 4700 farming families recover from a disaster and get back to their normal lives.

“We have farming families subjected to three successive floods after enduring a lengthy period of drought. It’s the very presence of BlazeAid volunteers that give these families a boost.”

“There are so many good people in the world and I feel humble to be part of the organisation that has harnessed that goodwill. Our volunteers have helped farming families get back on their feet after fire, floods and drought – in fact after anything that this great but hostile land can throw at them.”

During the interview for this story, Mr Butler said that the past three days was the first time in months that BlazeAid had no volunteers on the ground. However that boast was short lived. A phone call interrupted our conversation.

The call was from a council in Far North Queensland. There were 10 farms in the district hit by the floods – could BlazeAid help?

“No problems,” Mr Butler told the caller. “I will have our Queensland co-ordinator call you.”

Responses like that make it comforting to know that should a natural disaster ever hit us again the selfless army of BlazeAid volunteers are at the ready.