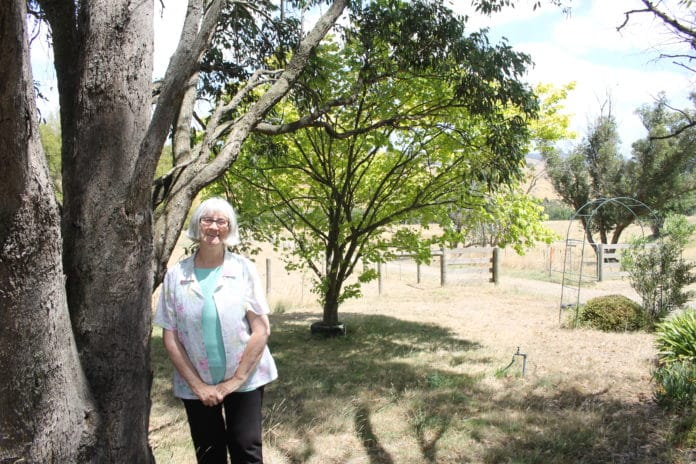 The community’s generous spirit stands out in the minds of Wandong’s Carol and Gary Roberts when they reflect on the Black Saturday bushfires.

The couple were at their Wandong home when the disastrous fire began five kilometres from their rural property.

“It was an eerie week, we had a string of 40 degree days and on that Saturday morning – for some strange reason we knew it was going to happen,” Ms Roberts said.

Mr Roberts went to get the paper that morning and when he returned, he noticed smoke nearby.

“The wind was horrendous that day – the sound of it– you’ll never forget. It’s been 10 years but the sound is still so raw,” Ms Roberts said.

The Roberts watched the fire edge closer to their home as they listened to the radio, car packed and ready to go.

At 1.30pm the couple decided to leave.

As they drove separately down the driveway, the fire brigade were at the foot of their rural property.

“The CFA were saying ‘quick get out, get out there’s no one left around here – you’re the last ones here,” Ms Roberts said.

“By this time the flames were so far up above the power lines – it was horrible, we pulled out of the driveway and saw the house next door was on fire.

“We knew we had to get out because the fire was moving as quickly as we were driving.”

Ms Roberts drove into the Wandong township, wondering where she was going to go. She was soon separated from her husband.

“Gary came to look for me but the police directed him in a different direction,” she said.

“It wasn’t pleasant – we didn’t know if the other was okay.”

Gary headed to Kilmore thinking Carol might have gone there. He then checked on their daughters who weren’t home.

“The hotel in Wandong opened their doors and said come in,” Ms Roberts said.

“By that stage, dogs were running around everywhere out of their minds, the smoke and fire was just horrendous.”

Mr and Ms Roberts eventually made contact and were able to return to their home on Sunday afternoon.

“What you come back to, you can’t believe it,” Ms Roberts said.

The Roberts’ luckily still had their house, but everything surrounding their property was gone. Their cattle and horse had miraculously survived too.

“We felt very guilty because people around us lost everything,”
Ms Roberts said.

The support the Roberts family received from the community was overwhelming.

“We had a very supportive government at the time, caseworkers, the Salvation Army, Centrelink, our insurance company, Red Cross, the SES, it goes on,” Mr Roberts said.

Ms Roberts said they had no water supply for nine months.

“The council supplied us with water and would refill our containers every couple of weeks,” she said.

“When we went down to Wallan on the Monday – we registered with the Red Cross so that worried family members would know we were okay.

“People would come up to us asking, ‘What do you need? What can we do?’”

“The Wallan stadium was absolutely choc-a-bloc with people helping and donating. I’ll never forget the time I was in line to get help and I said we need feed for our animals – and a lady behind us said, ‘I can help, I can help’.

“I realised we didn’t have any trailers to pick up the feed as they’d melted in the fires, the lady said ‘that’s alright I’ll get my father-in-law to come and help and they can deliver it this afternoon’.

“We just burst into tears – people were so generous.”

The generosity continued for months after Black Saturday.

“We had groceries delivered for 12 months – I just felt so guilty – I said to the volunteer ‘the people who have lost their homes – give it to them.’

“She replied saying ‘yes I know love – but we’ve had so many donations we’d like you to accept it.’”

Ten years on, Mr and Ms Roberts have slowly rebuilt their lives with the support of the community and each other.

They are dedicated community members and spend time volunteering at The Kilmore District Hospital – assisting the elderly.

“The support was wonderful – we can’t thank people enough for what they did.”

Breakfast under the Elms