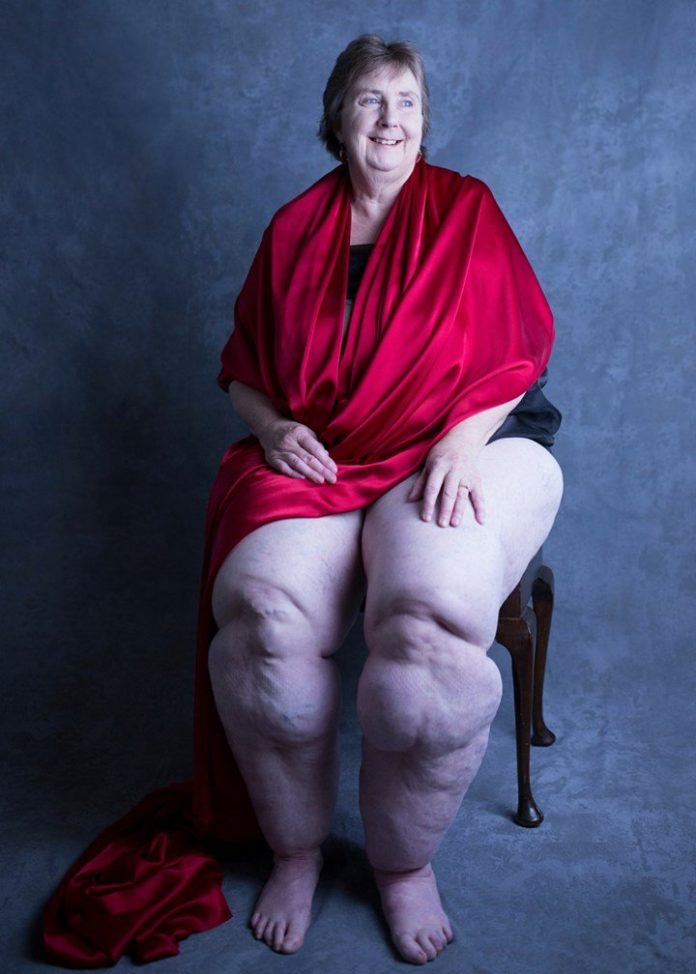 GROWING up, Nola Young was confused by her recurring health symptoms that doctors couldn’t explain.

Even though she was active and had a healthy diet, her legs continued to swell and increase in size while her upper body remained slim.

“It started off with tiny pea sized shapes forming on my legs. As time went on it felt like there were walnuts underneath my skin,” Ms Young said.

Doctors told Ms Young that she was simply overweight and needed to diet and exercise.

“It was humiliating and frustrating hearing that for many years before I finally was diagnosed,” she said.

“I was very self-conscious and always felt I had to cover my legs.”

After 33 years of searching, Ms Young finally received an answer – she had Lipoedema.

Lipoedema is a poorly-understood condition characterised by abnormal accumulation of fat cells under the skin.

The condition mainly affects women and symptoms include painful swelling of the legs and thighs.

“I felt relief because I finally had an answer, but I was disappointed that there was no cure for my condition,” she said.

At the time Ms Young was diagnosed, there was hardly any information available online about lipoedema.

“I joined a Facebook group for women with the same condition and seven years later we became the Lipoedema Australia Support Society.”

Ms Young is president of the society which raises awareness of the condition and provides support to other women living with lipoedema.

“I’ve had a lady cry on my shoulder who has the same illness. It can be so tough on young women as their confidence is affected and it can prevent women from reaching their full potential.”

The society has inspired many other groups to form around the world including Lipoedema Ladies (UK), Lipedema Sisters (USA) and a Canadian Lipoedema group.

Ms Young’s husband Alan Young told the Whittlesea Review that he was extremely proud of his wife.

“The bravest thing Nola has done was have her portrait taken as part of the ‘A wish for lipoedema’ project’,” he said.

Posing for the the portrait, above, was nerve wracking for Ms Young, but it set an example to other women with lipoedema.

“I had to do it, as president of the society, I couldn’t hide, I had to be brave for other women,” she said.

“I didn’t feel good about showing my legs, but once I received supportive comments online, I knew it was the right thing to do.”

Despite Ms Young’s health struggles she still persists by giving back to the community.

Ms Young and her husband have donated countless hours to the Love Thy Neighbour charity which provides a food bank for financially challenged families and sometimes, families experiencing domestic violence.

Ms Young said that the charity has been a huge community effort with local businesses, banks and schools all helping out.

“When some people ask us for help, it’s the end of the road for them, it takes a lot of guts to ask,” Ms Young said.

“Nola thought it was me who nominated her, I said – don’t look at me!” laughed Mr Young.

Ms Young said she was surprised by the thoughtful nomination.
“I don’t expect any recognition for my work, I just get on with it.”