Home News Kids Young ballers get tips from the top 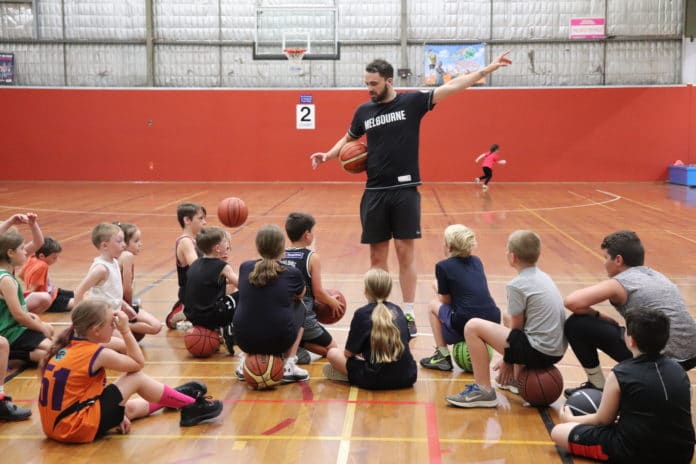 The clinics came through a collaboration between Wallan Basketball and local coaching business BAMNball (By Any Means Necessary Basketball).

Sessions were held for children aged five and up, while another was for players currently in Wallan’s representative system.

BAMNball owner Leo Viitala said the rep players worked with Mr Hooley on tuning their fundamentals ahead of a tournament on Australia Day weekend.

“The older guys in the Under 14s and Under 16s came up and asked Pete some tips for their shooting form and afterwards the parents came up to us were quite appreciative and said it was much needed in preparation for that tournament,” he said.

“From what I’ve heard, there are not too many guys like Pete that come further out from Melbourne, so having him out here is huge.

“It’s massive, especially for the kids. They see an NBL player from Melbourne United and they get really, really excited.

“Because he’s a bit older, he knows his stuff and as a kid growing up, you see a guy who’s in a top league, you’re going to listen to him.”

“You come here and you see the energy and smiles, the kids are always up and about and I think it’s really good to hit these grassroots
for sure,” he said.

“We’ve got guys that go out to a lot of different places. There’s only one Melbourne team right now and there’ll be two next year but I’ve already seen kids in Chris Goulding jerseys already and it’s the one time they can get to see us unless they come to games so it’s good for us to go out there and reach out.”