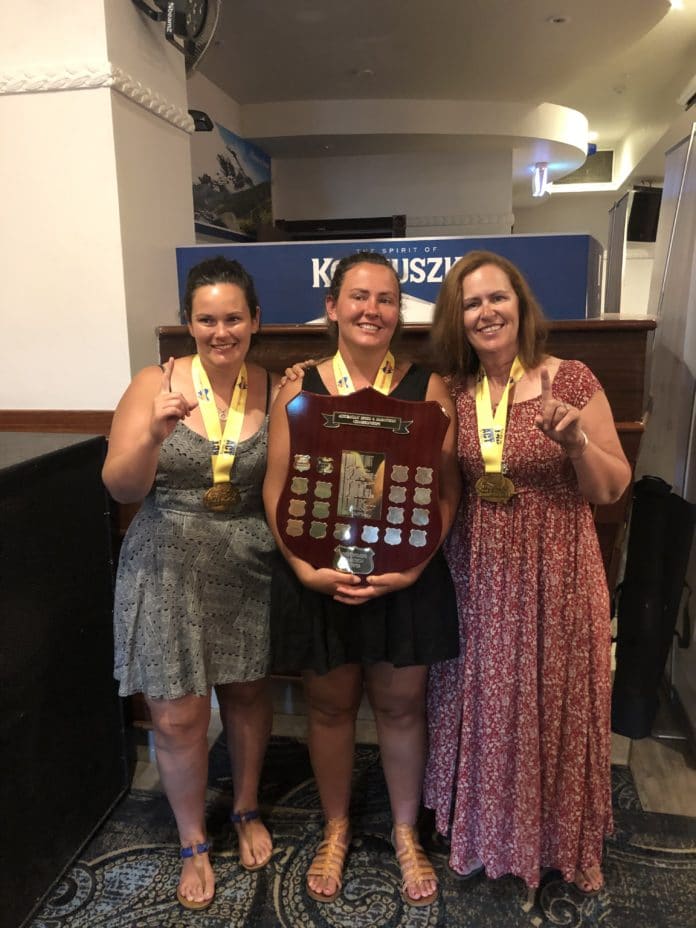 Courtney’s marathon event saw her complete six laps of roughly seven nautical miles with each lap completed on a different type of ski with increasing levels of difficulty.

Racers start on a ‘social’ ski, which is very similar to what’s used recreationally and progress through different combinations of finless or bindless skis before the final lap is completed on a ski with no bindings or fins.

“The last one is literally a fence paling,” Mr Grech said.

”Courtney and Melanie are currently in their second campaign working towards a birth in the 2019 World Championships in Vichy, France later this year.

Mr Grech said both have a shot after their first selection races at Lake Jindabyne.

“In their first selection race, Courtney finished fourth with a fall after she was in the boat for at least 10 minutes while they made sure she didn’t break anything. Melanie came through in sixth place which we were happy with,” he said.

Courtney and Melanie are currently training for the Southern 80 in Mildura and have been invited to train with current world champion Ben Gulley in Brisbane.