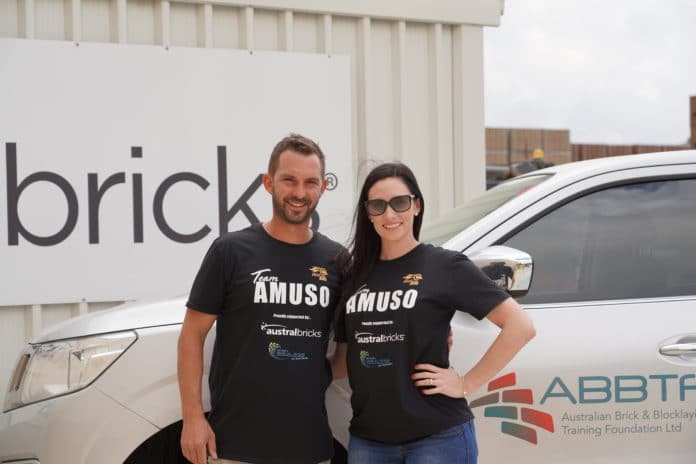 SOON to be husband and wife team are heading to Las Vegas on January 23 to compete against America’s quickest brickies at the Spec Mix 500 Bricklaying World Championship.

With only two international competitors accepted a year, the couple will be the third Australian team to ever compete in the championship.

Damian Amuso and Tara Williamson (otherwise known as Team Amuso) will compete against 26 competitors for $10,000 cash and a new Ford F250.

Ms Williamson will also be the first Aussie female labourer in the competition.

The challenge involves laying as many bricks as possible within an hour with penalties applied if the walls are not straight.

Ms Williamson told the North Central Review that the team wanted to shed light on the brick laying trade.

“The amount of workers in the brick laying trade is declining. It’s a hard trade but we want to send the message that it’s not a boring job.

“It’s financially rewarding and it’s great to see your actual product at the end of your day.”

The couple has received generous donations from local Kilmore business Words on Shirts as well as Austral Bricks, Become a Bricklayer Organisation and the Australian Brick and Blocklaying Training Foundation.

“We’re nervous but we’ve been building up fitness and preparing intensely for the past month, we’re a great team,” Ms Williamson said.

Ray’s one of the best