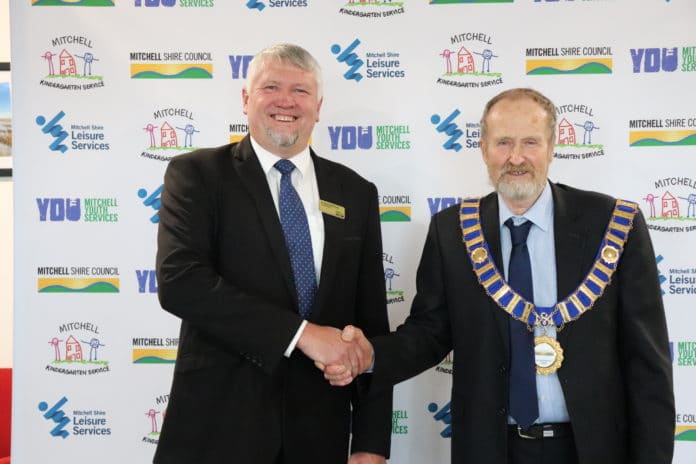 Cr Chisholm said he wanted to see Mitchell Shire continue to grow and remain prosperous in both rural and urban areas for many years to come.

“A key focus for me is working across the municipality to support urban and rural communities, providing stability and building on the work of the last two years,” he said.

“I want to continue to build on our vision for creating liveable communities with a focus on community engagement, economic development, roads and making our communities safer and more resilient.

“I look forward to working towards this with the assistance of my fellow Councillors, staff, the broader community and the Victorian Government.

“I would like to thank Cr Sanderson and Cr Lowe for their hard work and dedication to our shire over the past two years. I look forward to continuing the work.”

Prior to the election of the new mayor, Cr Sanderson tabled the annual Mayoral Report in which she reflected on her time as mayor.

“Together we have built a solid foundation with the new council over the past two years which has been fantastic. We have focused on council’s mission, which is to work with our community to create a great quality of life,” she said.

“I am very proud of the work we have achieved in such a short time. I would like to thank my fellow councillors, the former deputy mayor, staff, our government representatives and our community for their support of Mitchell Shire and their active involvement in our projects.

“These partnerships have been a key to our success, and I look forward to seeing this work continue under the new leadership. I would like to also congratulate Cr Chisholm and Cr Atkinson, I know they will do a great job and I wish them all the best.”

Underground cable project to be investigated