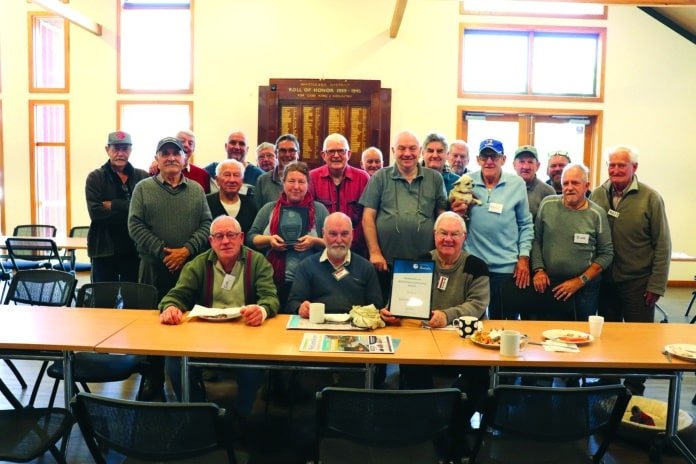 The program provides men in the area the chance to connect, share a healthy meal and find out about local services in the community.

The lunch is prepared by people on community service orders and the food is donated from Second Bite and Food Share.

“Through the partnership we’re able to do way more for the community than we would by ourselves,” she said.

“Some people have found work in hospitality as a result of completing the program,” she said.

Program Coordinator Tim Russo added that the men who attend attend have incredible stories to share at lunch.

“These men come from all backgrounds, ex-army men, men that were huge in the tramways industry. If you find out the stories of some of these people and what they did, you’d be stunned.

Mr Russo also said that the real benefit to the program is that it assists with feelings of isolation and loneliness amongst men.

“Men’s health is a big issue that is often underestimated in the community, the program is great for mental health,” said Mr Russo.

Barrie Stewart who initiated the program told the North Central Review he recognised a lack of programs that ran for men in the community outside of the men’s shed.

“We can see week by week that people keep coming back. I mean, we lose a few men during the bowls season but we gain them later on, it means a lot to them.

“The award has been great, I hope the program just keeps going and we get more men coming down,” said Mr Stewart.