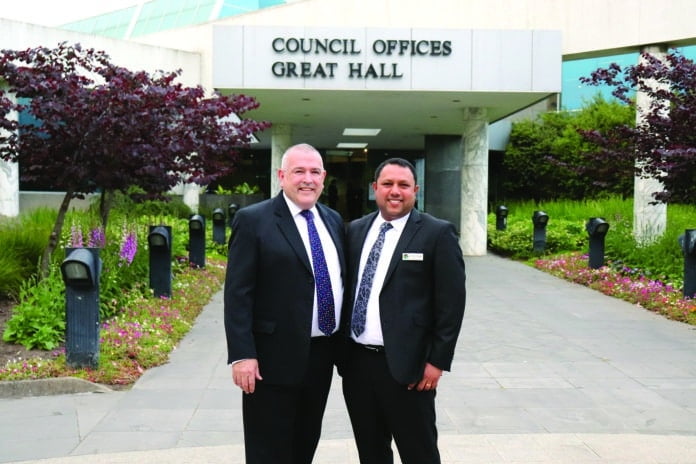 LAWRIE Cox was elected as the new Mayor of the City of Whittlesea at Thursday night’s special council meeting.

Cr Cox was elected unopposed after being nominated by the outgoing Mayor Kris Pavlidis.

Cr Cox becomes the third person to be elected as both Shire President and Mayor. He joins Vic Michael and Frank Merlino in being elected into both roles after his first stint as Shire President from 1982-83.

Cr Cox said he was humbled to be elected Mayor.

“As a Councillor I and all my colleagues have been entrusted to act in the best interests of our community,” he said.

Cr Cox paid tribute to the outgoing Cr Pavlidis, saying she had handled herself well during a ‘torrid year’ despite ‘attempted disruption’.

He also acknowledged CEO Simon Overland’s efforts since his appointment.

“The actions of our CEO during the year have been exemplary to the pressure being applied in his role,” Cr Cox said.

“We want to see Whittlesea as the area of choice to live based on what is delivered not just cheap housing,” he said.

Cr Cox made his personal thoughts known about the ‘Change the Date’ debate, saying January 26 is ‘hardly what I would call recognition day of a great historical event’.

“The current generation cannot change past actions but can create a real community where we are all engaged and celebrating together no matter what your background or where you are from,” he added.

“Thank you for electing me tonight and I look forward to the hard yards ahead.”